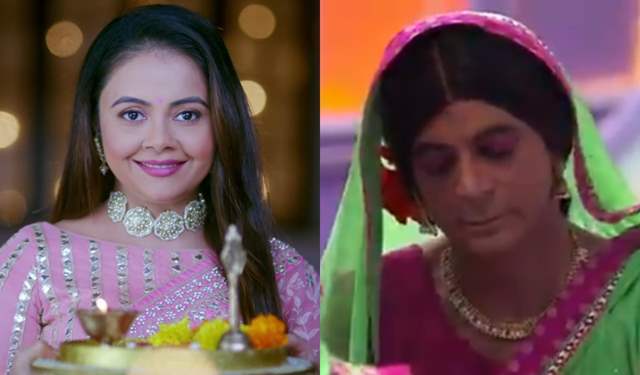 Star Bharat’s Gangs of Filmistan has become a hot topic since the time of its launch. While Sunil’s entry in the show created a buzz, Shilpa’s controversies created havoc. But one thing that remained constant was the mileage that the show has garnered.

Right from spoofs on Shahrukh Khan to the latest Gopi Bahu which trended all over the internet, the show has kept the audience engaged. And after Rupal Patel making an appearance in the show, the latest to be seen in the show will be Devoleena Bhattacharjee.

The actress even shared a video clip of Sunil Grover, who turned into ‘Topi bahu’ for one of the episodes on the show. The actor recreated Gopi bahu’s iconic laptop washing scene.

Devoleena rose to fame as Gopi Bahu and was also seen in Bigg Boss 14 and will soon reprise  her role in the new season of ‘Saath Nibhana Saathiya’. The upcoming daily soap will star Sneha Jain and Harsh Nagar in the respective roles of Gehna and Anant.