View Profile
Family is the most important for 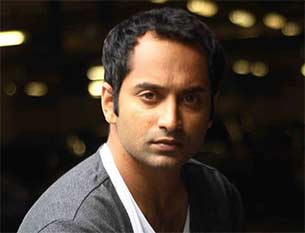 , who Saturday got engaged to teenage sensation Nazriya Nazim.

The two stars got engaged here in the presence of their families and the marriage has been fixed for August.

To a question if Nazriya will continue to act after the marriage, Fahad said: "My priority is family but I have no issues if she acts."

"She understands what I meant. I am not sure if we will act again together," he added.

Fahad is the son of legendary Malayalam filmmaker Fazil, who launched, moulded and gave the career of many stars like superstar Mohanlal, Sobhana and numerous others, a big boost through his film in the eighties and nineties.

But strangely when the master director launched his son in 2001 in the film "Kaiyethum Doorath", it miserably failed and many thought that the career of Fahad in his debut film itself had reached a dead end.

Fahad however returned in 2009 to act in "Kerala Cafe". Then came an offbeat film "Chappa Kurishu" which clicked and since then he has had no reason to look back.

On their relationship, he pointed out that it was their families which took the lead and it ended in them deciding to get married.

Nazriya also seems confident of her new life after marriage.

"I need no preparation for a new life as his family is similar to mine," said Nazriya, who added that Fahad is one of her favourite actors.

Nazriya also denied media reports that she was a minor.

" No, no, I am 19," said the actress who began her career as a child artist in popular director Blessy's "Palunku" in 2006 and has acted in a dozen films.

And when asked if the age difference is going to be a problem, Fahad said: "My parents too have a similar difference and they are happily married for many years."