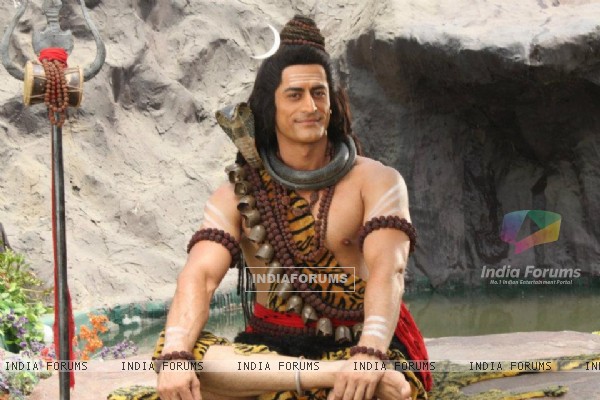 Yes! the vacant slot of Devon Ke De... will be occupied with an upcoming show titled as Krishna. The show will be produced by Triangle Films Company owned by Nikhil Sinha. The makers of the show have finalized the lead for their show which will be played by Mohit again.

Mohit is applauded and appreciated for his role of Mahadev.

So it will be interesting to see if he can the charm the viewers with his Krishna's role or not.

We wish Mohit Raina all the best for his future.

Ugramurda 6 years ago Please only SRJ as Vishnu _ Krishna my Lord Jagannath.

priya_remix 6 years ago He is The Mahadev for us!!!! Perfect to enact Shivji and Krishna can only be SRJ!! He is so charming and cute as Krishna! Moreover Mohit is too Masculine to play Krishna, if you see Krishna is slightly plump and does not have a macho look! Krishna is more cute and naughty which is so well played by SRJ!!! Pleeease!!!!

coolpratz 6 years ago Saurabh Raj Jain has left us mesmerized with his performance as Krishna... its too early for audience to be able to accept any1 on the same role..

Anusha-B 6 years ago Mohit Raina please do something different now ya. Bhagwan se play some human roles. He will get typecast. But wish him all the best.

kaatayani 6 years ago I mean..is it even confirmed..??unless an official statement comes out I will not believe it..

plus MR is a human.. after a series like DKDM he needs rest how cn Krishna immidiately replace DKDM??

Justitia 6 years ago Mohit Raina is Mahadev and SRJ is Krishna.

No offence to either actor.

Like others have said, if SRJ had been cast as Krishna, that would've assured the show of a ready audience!!

angeala95 6 years ago Plsss bring saurabh raj jain as krishna!! U wipl get ready audience!! No offense to mohit!! He is fab as shivji but srj is krishna!!