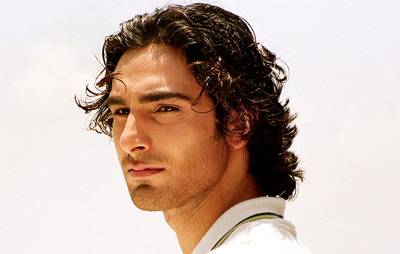 As the speculations are rife about the final contestants in the controversial reality show Bigg Boss 8 the name which is making the news is the antagonist Shakuni Mama essayed by Praneet Bhatt. He played the role efficiently in Star Plus' mythological Mahabharat. Praneet Bhatt has has been applauded for his outstanding work in the mythological show.

Now it seems he is moving his base from fiction to non fiction series. Yes, Praneet has been approached to be a contestant in the upcoming season the reality show Bigg Boss.

As per our reliable source we came to know that, "Praneet who has just wrapped up the shoot of his show Mahabharat, has given his nod to be one of the participant in Bigg Boss 8. The actor was approached after Mahabharat went off air and he accepted the offer and will seen in the Bigg Boss house."

+ 6
6 years ago Even after watching him as Shakuni for so long, I still can't wrap my head around the fact that he is the same guy who played Maan's assistant in Geet. Unbelievable transformation! Amazing actor!

Big Boss - why don't you give it a skip? Take a break, enjoy your success and come back in a better show.

+ 2
6 years ago OMG... Praneet in Bigg Boss. I really am confused. Because a part of me says go give him a try but the other say the show doesn't deserve such a nice contestant. Whatever it is it sure is super funny.

+ 3
6 years ago praneet bhatt was exceptional as shakuni mama but no big boss plz.

+ 3
6 years ago Mamashree is back ! Praneet Bhatt was great as Shakuni

6 years ago Lol mamashree shakuni in bb house!! Must be nice!! Excited!!

+ 5
6 years ago bring it on...excited to see real shakuni mama in Bigg Booss 8 especially when he says 'Mere Bacche...''

+ 5
6 years ago LOL. He can be a good contestant.
I can totally imagine Praneet in Mamashree Avatar in BB8.

+ 2
9 years ago Hmm well done Sallu, get well soon and good Luck. Happy EID to everyone.

+ 2
9 years ago I loved the movie and I am so glad it did so well!! and obviously most of the credit goes to Salman!