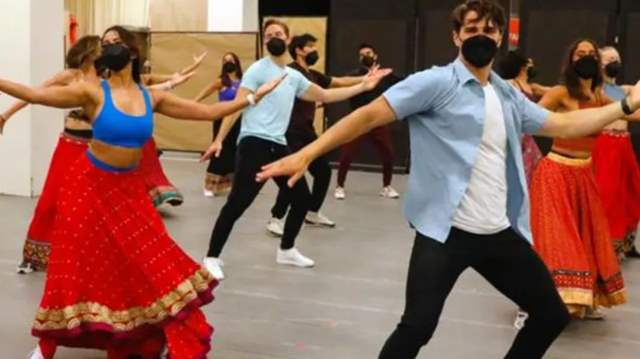 Come Fall In Love by Aditya Chopra, a Broadway-bound musical, which is the adaptation of the cult Bollywood film Dilwale Dulhaniya Le Jayenge, addresses the need for cross-cultural harmony in a world that is becoming more poisonous and polarised.

Aditya Chopra discusses his intention to create a vision of many cultures coming together in a story that celebrates love in a statement about Come Fall In Love, which is scheduled to premiere at The Old Globe in San Diego on September 14.

Sharing a lengthy invitation with the fans on YRF's official Instagram page, Chopra wrote, “I first conceived the story of DDLJ (even before it was called DDLJ) as a Hollywood love story of a white American man and an Indian woman. My main motivation at that time was to present Indian culture and values to a global audience. Years later, as I reimagine the story as a Broadway musical, my mainstay is still the same, showcasing Indian culture to a world audience. And the most powerful way to depict a country’s culture and values is to see it from the perspective of someone who does not belong to the same culture. That is the starting point of Come Fall In Love, the story of Indian Simran, her culture and heritage through the eyes of American Roger.”

He says, “Come Fall In Love is the story of Simran, an Indian American. She is at the centre of the musical's story, as she struggles to balance her love for Indian tradition and her family with her love for Roger. He is a white American man who falls madly in love with Simran and then falls in love with her culture and her country. He aspires towards India and finds a new version of himself in India’s energy, values and way of life. “I’m not directing DDLJ for Broadway. I’m adapting it as Come Fall In Love to tell the story of how powerful love is in unifying cultures, especially today. In 2022, the notion that DDLJ could be adapted to present a vision of diverse cultures coming together in a story that celebrates love and the power it has to unify everyone, moves me greatly.”

Aditya Chopra makes his Broadway debut as a director, a first for India. Additionally, it is the first Broadway production of a Bollywood musical. Vishal and Sheykhar are making their debuts as composers as well.