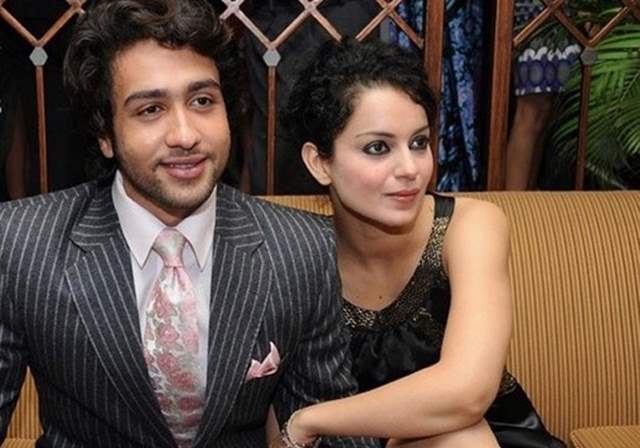 After a drug angle was reported in Sushant Singh Rajput’s death case, and the Narcotics Control Bureau (NCB) registered a case against Rhea Chakraborty and others, Kangana Ranaut offered to help the NCB.

She tweeted that she was more than willing to help NCB provided she gets protection from the Central government. She also tweeted that if the narcotics Control Bureau starts their investigation, many Bollywood actors will end up behind bars.

Now, an old video of Kangana’s ex-boyfriend Adhyayan Summan claiming that Kangana Ranaut asked him to have cocaine went viral on social media.

The interview is from 2016, and while speaking to Bollywood Hungama, Adhyayan Summan was asked if Kangana Ranaut asked him to take cocaine. He said yes. He then said that he had Hash with her 4-5 times.

Adhyayan Summan then added that Kangana asked him to have cocaine, and he said no, he doesn't want to do it. He was then asked if Kangana took it regularly, to which Adhyayan Summan replied, "I didn't see her taking cocaine regularly, but I've heard that she did. She did Hash regularly."

Adhyayan Summan then added that Kangana would refute these claims anyway and won't accept it. "If her conscience is clear, she should accept what I am saying. If not, she can counter it and this can go on."

This video is going viral as Netizens state that Kangana is exposing drug mafia, but she used to offer cocaine to others.

Kangana, in one of her tweets had mentioned that she was still a minor when her ‘mentor turned tormentor’ would spike her drinks and sedate her, to keep her from going to the police. “I was still a minor my mentor turned tormentor used to spike my drinks and sedate me to prevent me from going to cops, when I became successful and got entry in to the most famous film parties I was exposed to the most shocking and sinister world and drugs,debauchery and mafia,” she wrote.

She further tweeted, “Most popular drug in the film industry is cocaine, it is used in almost all house parties it’s very expensive but in the beginning when you go to the houses of high and mighty it’s given free, MDMA crystals are mixed in water and at times passed on to you without your knowledge.”

RapChick101 1 months ago I stand with SSR, but yes there are things Kangana does which make her a hypocrite so I support her where’s she’s right but not everywhere just to justify my love SSR.