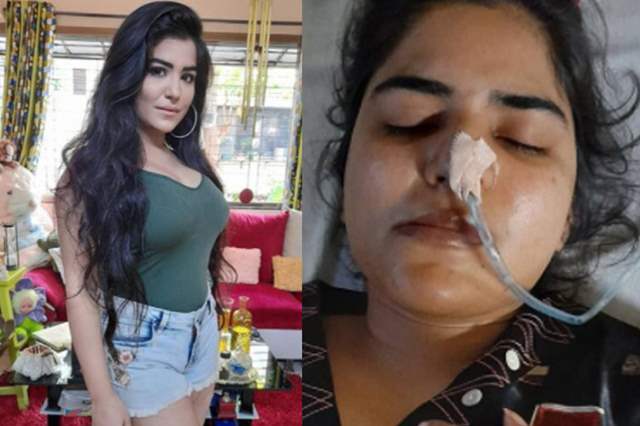 It continues to get more and more dreadful. The year 2020 is living up to the dreadfulness it has exhibited so far and barely a few hours ago, one of the most shocking piece of news arrived when it was confirmed that choreographer and director Remo Dsouza suffered a heart attack.

And now, another report suggests that actor Shikha Malhotra has also suffered a stroke and following that she is paralysed from one side.

She is currently admitted in Cooper Hospital and is doing better now, her publicist Ashwani Shukla confirmed. Shukla said that she recovered from coronavirus in October but her low sugar level has been causing her all the health issues. Later on Thursday night, she suffered a major stroke, and was rushed to the hospital. As of now, she cannot speak, and her right side is paralyzed.

“The doctors have said that she will have to stay in the hospital for a few days. However, she is showing improvement,” he added.

Malhotra is best known for her role in films like Fan, Kaanchli Life and Running Shaadi among others. Apart from acting, she also holds a nursing degree and volunteered at a hospital during the pandemic.