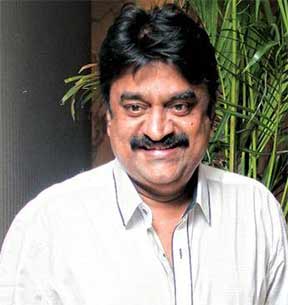 Tamil actor, stage performer and mimicry artist Chinni Jayanth, known for memorable roles in films such "Kizhakku Vasal" and "Idhayam", will be conferred with a honorary doctorate here Dec 29.

"As an acknowledgement of his efforts in the field of cinema, mimicry, stage performances and social service activities, Chinni Jayanth will be presented with a doctorate by The Open International University of Alternate Medicine on Dec 29," said a statement.

Jayanth, who made his cinematic debut as an eccentric villain in 1984 with Tamil film "Kai Kodukkam Kai", has starred in over 100 films as supporting artist and comedian.

The 53-year old is a widely recognised mimicry artist and has performed across the globe over the years.