Hyderabad, March 21 (IANS) Action director Peter Hein suffered as many as 18 fractures while doing a stunt around 20 days back, but he is now back to work on a wheelchair, shooting for the Rajnikanth-starrer 'Yenthiran' (Robot).

'I did not want to delay the shooting even by a day because of the costs involved and returned to work after my recent accident that had resulted in 18 fractures,' Hein told reporters in Ramoji Film City here Saturday.

'I had suffered 27 fractures before this latest accident while choreographing stunts. I keep doing this because I do not want to cheat the audiences of the thrill of a real stunt fraught with dangers,' said Hein, who is of Vietnamese descent but works for Indian films.

The action director, who also does stunts, came in for much praise from superstar Rajnikanth and 'Yenthiran' director Shankar, his publicists said.

Hein, who choreographed the action for Aamir Khan's 'Ghajini' recently, will also soon return to the sets of Mani Ratnam's film 'Ravan' whose work had to be postponed following the injury sustained 20 days ago. 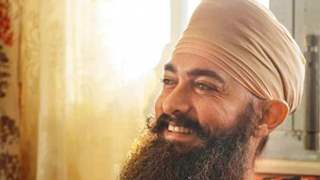