View Profile
Prashant Bhatt faced the camera for 12 years, and worked as the creative director on several TV shows before taking up the role of the fiction head at Colors. 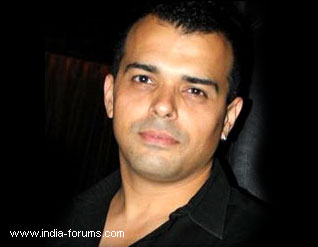 He says he gave up acting because he was bored.

"I took a break from acting three years ago. I was bored of acting. Simple," Prashant, who was seen in shows like "Kyunki Saas Bhi Kabhi Bahu Thi" and "CID.", told IANS.

"I like challenges, and acting was no longer a challenge. I had been acting for 12 years and if I would have found acting challenging even after that long, I would have to be a pathetic actor," he added.

Prashant's transition from being an actor to being a behind-the-scenes person wasn't sudden.

"I have been making shows for 12 years. My first show as a creative head was 'Kahaani Ghar Ghar Kii'. The last one that I did before joining Colors was 'Bade Acche Laggte Hai'. Somehow the challenge there also had gone.

"The idea was fine, I am making it... But where was the challenge? The challenge is in something like this (in what I'm doing)," he said.

He is content using his experience at Colors, where he is driving the channel's fiction properties with new shows and concepts.

+ 3
8 years ago PKYEK Rocks forever it was one of a kind. Loved it and everyone related to it

wil b waiting for new vampire ,sprnaturl show on television...

8 years ago good to know that he was among creatives in BALH!!

+ 2
8 years ago I remember he used to be in kalaash ahh those were the days miss all the old dramas I used to watch as a kid on starplus. And he worked in PKYEK wow

+ 5
8 years ago PKYEK rocks and all the people, cast and the crew related to it, rocks too.