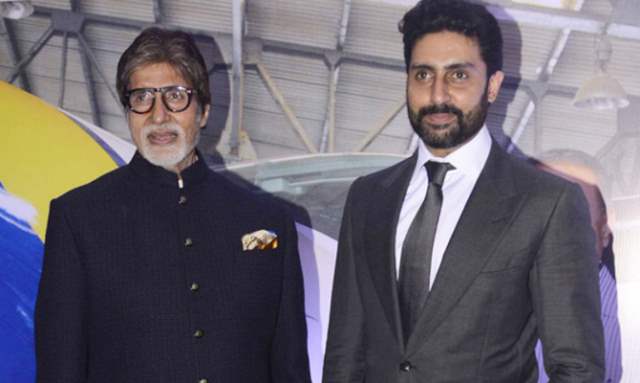 Abhishek Bachchan has come a really long way since his Bollywood debut with Refugee (2000). Battling his way through the family name and Amitabh Bachchan’s legacy, the actor has delivered some of the most memorable performances in his career. However, he has also experienced his fair share of failures as well and during a recent interview, he confessed that there came a point he almost gave up on his Bollywood journey.

In an interview with RJ Siddharth Kannan, Abhishek Bachchan revealed how he was criticised for his acting skills. "To fail on a public platform is very difficult. There was no social media back then, but I read via media that some were abusing me while some said that I do not know acting," he said.

Abhishek has often been under public scrutiny for being a star kid. But, it is his performances that have made an impact on the audience and now, the Big Bull actor knows how to deal with such comments and jibes.

However, it wasn’t always the same for him. Confessing about giving up on his acting career, Abhishek revealed, "At one point in time, I felt it was my mistake that I came into the industry as whatsoever I was trying, it was not working. I went to my dad and said maybe I am not made for this industry."

It was the daunting father Amitabh Bachchan who received the best advise from his father who said, "I never brought you up to be a quitter. Every morning you have to wake up and fight for your place under the sun. As an actor, you are improving with every film," revealed Abhishek Bachchan in an interview with RJ Siddharth Kannan.

On the work front, Abhishek was last seen in The Big Bull which went on to receive rave reviews from the audience.

Sharing his thoughts about his son’s latest film, Amitabh Bachchan took to his blog and shared his experience of watching it.

"For a Father it is ever a moment of great pride to see their ‘progress report’ prosper and do well .. I am no different from any other Father .. the mention of such always brings emotion and tears .. particularly when there is an exhibition of immense value .. So despite the fact that Big Bull had been seen privately within the confines of the home much earlier, the excitement of watching it when the entire world shall be seeing it at the same time, was different," he said.