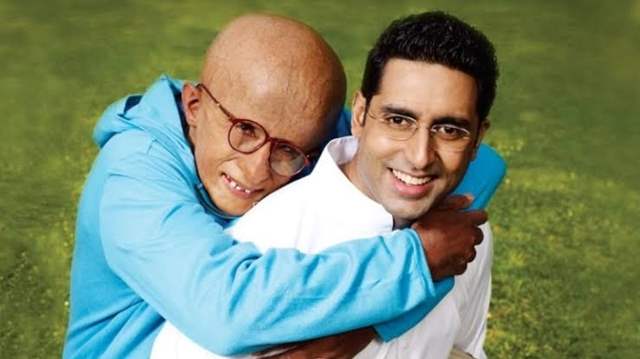 Actor Abhishek Bachchan often finds himself in the centre of the trolls, who leave no opportunity to target him for being legendary actor Amitabh Bachchan’s son.

Abhishek made his Bollywood debut in 2000 with 'Refugee' and has been going strong for 20 years in this industry. However, the actor is often faced comparisons with his actor father and also came across judgements for belonging to a filmy family.

In a recent interview, Abhishek gives a befitting reply to the famous nepotism debate as he shares that his father Amitabh Bachchan has never financed his films, while on the other hand, he bankrolled his father’s film Paa.

“The fact is he has never picked up the phone on anyone. He has never made a film for me. On the contrary, I have produced a film for him, called Paa,” Abhishek told IANS.

Paa, R Balki’s 2009 film starred Big B as a child with a rare genetic disease called progeria, while Abhishek played his father and Vidya Balan played his mother in the film.

Abhishek also says that it’s only the audience that can help you bag your next project in this industry. He says, “People have to understand that it`s a business. After the first film, if they don`t see anything in you, or that film doesn`t do the numbers, you aren`t going to get your next job. That`s the harsh reality of life.”

Further, the actor also hits back at all the trolls with a savage response as he adds, “I know when my films don`t do well, I know of the films I was replaced from, of the films that could not get made -- that started and didn`t have the budgets because I was not bankable at that point. Here you have Mr Amitabh Bachchan`s son. Oh, he is born with a silver spoon.”

Meanwhile, on the work front, Abhishek Bachchan is on a roll as he was recently seen in the web series Breathe, which received good reviews. He will next be seen in Anurag Basu’s Ludo.

john909 2 months ago I wonder what he has to say for the likes of sonam Kapoor, Salman khan, arjun Kapoor and the list goes on.

CriticusExpert 2 months ago I respect his position and believe that being who he is, who's child and who's husband has and is a huge load to carry and I say he has done remarkably well under the pressure and the bright lights. I am a big fan.

phadukaran 2 months ago unfortunately thats' not true, you kept on getting offers even after your failures, and that too from big production houses, goes to show the influence of your dad. So the wisdom and honesty we like in you is the upbringing and not the actor.