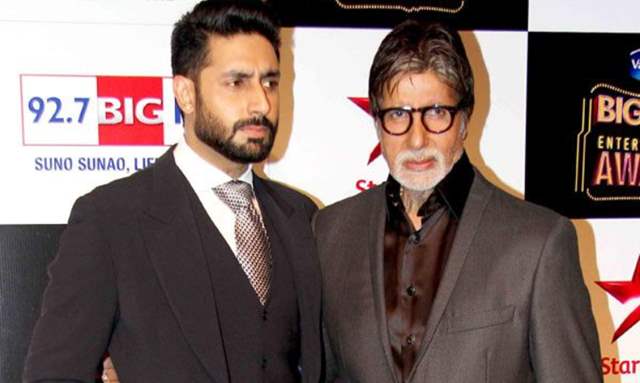 Abhishek Bachchan is currently making it to the headlines since the release of his film ‘The Big Bull’. The actor has once again proved his mettle with the performance in the Kookie Gulati directorial. Even though the film has garnered some mixed reviews, Jr. Bachchan’s fans have been all praises for him. He was also praised by his father and legendary actor Amitabh Bachchan.

In a career span of over two decades, Abhishek has offered some of the most iconic performances and his characters are remembered even today. However, he has also experienced his fair share of failures as well and during a recent interview, he spoke about his journey in Bollywood and filmmakers were uncomfortable working with him.

In an interview with Bollywood Bubble, Abhishek revealed “It took me a good amount of time to get my first film and I completely agree, understand and respect all the directors that were not comfortable working with me,” as he was Amitabh Bachchan’s son.

He continued, “I understand their point of view. At that point of time, it is very difficult as a young eager newcomer to understand, but I do now.”

Abhishek has often been under public scrutiny for being a star kid. But, it is his performances that have made an impact on the audience and now, the Big Bull actor knows how to deal with such comments and jibes.

He also mentioned, “Life is not easy for anyone, like I said, at the end of the day you have to wake up every morning and fight for your place under the sun and life does not favour anybody and doesn’t give anybody exceptions. What life will give you an advantage of in one situation and will make it a disadvantage in another situation. So nature has this fantastic way of balance. You have to respect everybody’s journey, everybody’s struggle and just be positive through the whole thing.”

Battling his way through the family name and Amitabh Bachchan’s legacy, the actor has delivered some of the most memorable performances in his career.

Sharing his thoughts about his son’s latest film, Amitabh Bachchan took to his blog and shared his experience of watching it.

"For a Father it is ever a moment of great pride to see their ‘progress report’ prosper and do well .. I am no different from any other Father .. the mention of such always brings emotion and tears .. particularly when there is an exhibition of immense value .. So despite the fact that Big Bull had been seen privately within the confines of the home much earlier, the excitement of watching it when the entire world shall be seeing it at the same time, was different," he said.

Bigg Boss 14: Disha Parmar on entering as Rahul's connection: Not ...