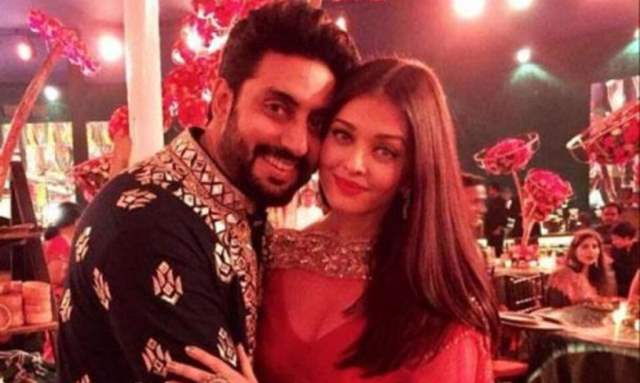 Bollywood celebs recently celebrated the Karwa Chauth on Wednesday this week. Many observed fasts for their beloved husbands and the nation saw them getting into the festive spirit, fasting, and getting fancy with the rituals.

On the other hand, Aishwarya Rai Bachchan and Abhishek Bachchan observed fast for each other on this festive occasion. During his recent interaction with Koimoi Abhishek revealed that their celebration was 'a nice quiet family affair'.

However, the Breathe actor also revealed that he forgot to do an important ritual.

The 44-year-old actor revealed that he was supposed to wake up in the morning for the sargi ritual but he forgot and ended up eating nothing.

The Koimoi report quoted Jr. Bachchan as he revealed, "We were both busy working the whole day and then in the evening, the ladies do their pooja. In the night they wait for the chand (moon) and do the pooja and break the fast. It was just that – a nice quiet family affair."

Meanwhile, another HT report quoted, Abhishek's little co-star from the upcoming film Ludo, Inayat Verma who said, "Abhishek bhaiya ne mujhe bataya tha ki unhone fast rakha tha toh wo sargi karna bhul gaye the subah uthke. Toh unhone kuch bhi nai khaya tha (Abhishek told me that he had kept the fast, but forgot to wake up in the morning for the sargi ritual. So, he ate nothing the entire day),”

Abhishek Bachchan and Aishwarya Rai Bachchan have been a part of several hit films like Umrao Jaan, Guru, Kuch Naa Kaho, and Raavan. The couple tied the knot on April 20, 2007, and they have a daughter named Aaradhya, who was born in 2011.

On the work front, Abhishek made his digital debut with the Amazon Prime Video series Breathe: Into The Shadows. He will be next seen in Anurag Basu’s Ludo.