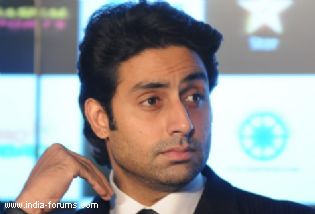 Abhishek Bachchan says if he gets an opportunity, he would love to do a biopic on cricketer Yuvraj Singh, whose career graph and fighting spirit as a cancer survivor, the actor believes, can make for an inspiration tale.

The 38-year-old was present at a press conference here to introduce his Kabaddi team, Jaipur Pink Panthers, a franchise of the Pro Kabaddi League.

Asked which sportsperson's biopic he would love to do, Abhishek said: "I would love to do Yuvraj Singh's biopic. I think Yuvraj has had a fantastic life. He is a warrior.

"I would have loved to say Kapil Dev, Sunil Gavaskar, M.S. Dhoni or Sachin Tendulkar or Sourav Ganguly, but I love the career graph of Yuvi. He has got a fantastic career graph."

Yuvraj, a cancer survivor, became a star overnight when he hit six sixes in a single over at the 2007 World Twenty20 against England. His journey has not been less than an adventurous film.

Having started his career from the Punjab Under-16s at the age of 13 years, he entered international Cricket in 2003. Recently, he smashed a century at the bicentenary match at Lord's.

"All the things he had to fight against, getting selected at the young age, being a young superstar, then being dropped from the team, fighting cancer and then coming back...So, I think as a performance, Yuvi's character will be great," added the junior Bachchan, who is sports buff himself.