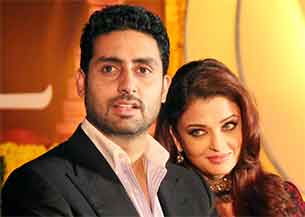 Clearing the air about his directorial venture "Happy Anniversary", reportedly starring Bollywood star couple Abhishek and Aishwarya Rai Bachchan, noted adman Prahlad Kakkar said the actors are yet to take a look at the script.

"We are working on it...we still have to present the script to both Ash and Abhishek so that they can finally accept or not accept...they are waiting for us to present the script to them, then they will decide," Kakkar told reporters here Thursday night on the sidelines of the Indian Institute of Management-Calcutta student-run international business summit Intaglio.

"Happy Anniversary", to be directed by Kakkar, will be produced by Gaurang Doshi and deals with the anatomy of marriage.

Kakkar also clarified that his team is looking at South Africa as a possible filming locale.

"We haven't decided yet but South Africa is ready to give us massive subsidy so its very tempting to go there."