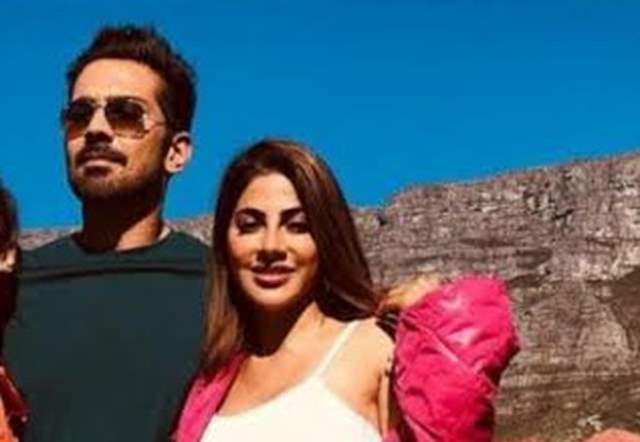 Khatron Ke Khiladi - Darr v/s Dare has now been on-air for few weeks now and already there have been several talking points which has also led to controversies as well. While everyone is still talking about the elimination of Sourabh Raaj Jain and how Divyanka Tripathi was involved in it, one cannot forget the first talking point was the elimination of Nikki Tamboli. In the first two episodes itself, Tamboli had two tasks to perform and aborted both of them.

While she did come back, her performance has still been very underwhelming. Her support system in the show has been Abhinav Shukla, who she became friends with during her sting in Bigg Boss 14. In a recent interview with ETimes TV, Shukla first talked about the experience of doing KKK, "The stunts are amazing and fun. Apart from that everything else was a job. We couldn't explore Cape Town like contestants from the previous seasons due to COVID restrictions. But all in all, I would say that I really enjoyed myself and gave it my 100 percent."

Talking about Raaj Jain's elimination and Arjun Bijlani's decision of doing that, he said, "Even I disagreed with Arjun's ( Bijlani) decision because Sourabh was really playing well. But I understand that Arjun thought logically that Sourabh could beat other contestants, but he forgot that this game is also dependent on luck factor and Sourabh's luck didn't favour him well."

When asked about Tamboli's poor performances in the show, he said, "She is an original person and whatever she does looks real and comes straight from her heart. She is a physically strong girl and could have done better if she had prepared herself mentally well."