Winner of Indian Idol Season 1, Abhijeet Sawant will be present on the sets of the show the coming week. He was here to promote his first movie Lottery. The singer turned actor grooved on the stage and also interacted with the contestants and the judges. 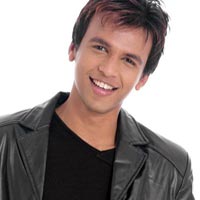 
“It was a good feeling to return to the stage of Indian Idol. I could see the same pressure on the face of contestants that I had gone through. I’m here for the promotion of my upcoming film Lottery,” says Abhijeet.

How did you feel after meeting the judges and contestants? “With Annuji I have a personal attachment as he was there since first season. Besides that, even after winning the title I could feel the same dhak-dhak that I had gone through during my period in the show. It was so nice to see Sonaliji, Javed sahib and Kailesh Kher on the panel of judges,” he adds.

Have you given any tips to the contestants? “I was very diplomatic and wished them good luck”, avers he.

So who is your favorite contestant this season? “To be frank enough, I feel everyone is the best. Still if you want me to choose one person, then it will be Rajdeep. He is a trained singer and has a great knowledge of music,” states the singer.

Talking about his movie, “The film is releasing on 20 February. I promoted the music and everyone liked it too. I hope people also like it.”

The platform of Idol was a lottery for the singer. Now let’s see whether he is able to create magic on silver screen too. We wish him luck…

13 years ago i dont understand why singers go into acting....its not gonna get them more famous...he should just stick to singing cuz this movie will end up being a flop

13 years ago He is an amazing singer but I cannot see him as the lead in a movie! No offense to Abhijeet fans at all, but he doesn''t really have a strong persona that the generic Hindi movie hero requires.

+ 2
13 years ago Wow, a singer, dancer and now acting too...impressive!
All the best Abhijeet

13 years ago All the Best for yr movie.

U r the Best Indian Idol till now...

+ 2
13 years ago he film is realizing on 20 February..ithink u meant releasing