View Profile
The red carpet will get glitzier as Abhay Deol, Satish Kaushik, acclaimed UK-based Brick Lane actress Tannishtha Chatterjee and director Dev Benegal will rub shoulders with the Hollywood glitterati on September 18 and walk down the red carpet at the prestigious Winter Garden Theatre, in the heart of Toronto's thriving theatre district for the world premiere of Dev Benegal's Road, Movie. The public will have a second opportunity to watch India's first major breakthrough Hindi language international feature on September 19 at the Scotia Bank Theatre 1. 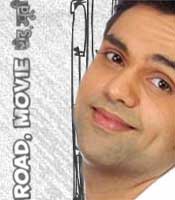 
At The Atelier, Cannes 2006, the script of Road, Movie was an official selection, and at Cannes 2009, Indian Films-Studio 18 inked a major deal with global sales giant, Fortissimo Films, to represent Road, Movie internationally.


In a bid to augment the existing curiosity around the film, as a strategy the producers have abstained from revealing the film in public domain, and will be unveiling its first look and website today. The film's promo and trailer will be released online a few days before the Toronto premiere.


Commenting on the TIFF achievement, remarked Benegal, "I am extremely honored at the selection and to have found a place among the best of world cinema." Elaborating on the film, he added, "From early childhood, we would go on these long drives and visit different parts of the country, both North and South (because my mother is from the North and my dad from the South)… that is something, which has stayed with me - something I obviously wanted to make a movie about. Road, Movie is really about my journey."