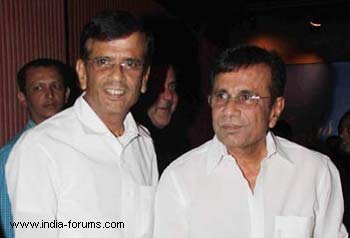 Director duo Abbas-Mustan, known for their thrillers like "Baazigar", "Ajnabee" and "Race", say that they want to make TV shows but their busy film schedule is keeping them from doing so.

"TV is a huge industry and reaches out to the entire world. Definitely we should make (a TV serial), we had thought about it as well. Currently it is tough to find time away from the films we are doing. But we will definitely think about making a TV soap or thriller," said Mustan.

Added Abbas: "We have a lot of subjects that we can do."

The duo were talking at the launch of the TV serial "Chhal". The thriller will be aired on Colors channel.

Meanwhile some of the recent films like "Paan Singh Tomar" and "Kahaani" were praised for their powerful scripts and Abbas-Mustan agree that script comes first.

"Definitely, scripts are always a priority and then the actors and other things. Script is foremost and should be good, whatever the cast be. The subject should be good," Mustan said.

'Naagin 5' To Welcome Two New Entries in The Form of Karan ...
36 minutes ago