View Profile
Nagesh Kukunoor is known as a realist director, making films on ‘serious issues’. His famous films like ‘Hyderabad Blues’, ‘Iqbal’ and ‘Dor’ talked about the importance of hope, friendship and inspiration in difficult times.  His upcoming film ‘ Aashayein’  is all set to hit the theatres on 12th September 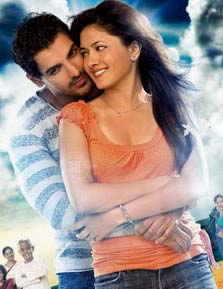 Featured Video
,2008. Talking about the title of the film it is believed to be inspired by one of the track from ‘Iqbal’.

John plays the role of Rahul Sharma who is an angry, confused and compulsive gambler who has wishes to lead a life which he has always dreamt of. His girl friend Nafisa(Sonal) is very loving and loyal who always hopes that love triumphs. Sister Grace ( Prateeksha) is a lady with principles but, she can mould it for the greater good of others. She wishes happiness for all her inmates.
Parthasarthy (Girish Karnad) is  a fun loving uncle for everyone but, he is very stubborn on his stupid principles. His wish is to re-unite with his family. Madhu(Farida Jalal)  is an intelligent women whose wish is to live a normal life without separating from general society. Govinda (Ashwin Chitale) is a ten year old guy who like every kid loves comics, mangoes and telling stories to people. He wishes everyone’s life to be like that a of a comic .

‘Aashayein’ is a story which revolves around Rahul ,a compulsive gambler who wins a bet of Rs.20 million. With this, he throws a late night party during which he proposes his girl friend Nafisa. He announces his engagement in the party and within a few minutes, he collapses on the floor. After, a medical diagnosis, Rahul discovers that he has only few months left to live. Desiring to make most out of his last days, he leaves everything behind  and moves into a hospice where, he meets   the inmates there who change his outlook on life. This helps Rahul, to rise above his own needs and live life to its fullest. In this way, the people in the hospice add colors of love,hate,life,death and above all hope to his life. Thus through a dramatic turn of events a gambler discovers real lesson of life.