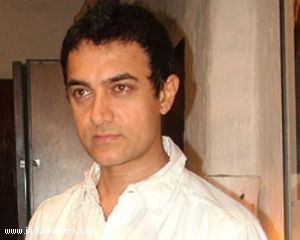 From garnering overwhelming TRPs to getting prominence on social networking websites, the impact of Aamir Khan's maiden TV show "Satyamev Jayate" has been colossal. The talk show, which started with the issue of female foeticide, traversed over various burning social issues informing, educating, sensitising and touching audiences' hearts and ended its 13-week journey Sunday with the spotlight on the right to equality.

The show went on air May 6 and in episodes after episode, Aamir brought forth unknown facts related to child sex abuse, medical malpractice, manual scavenging and dowry.

He followed it up off the screen by meeting concerned leaders to ensure the problems are resolved.

The actor-filmmaker met Rajasthan Chief Minister Ashok Gehlot to request the creation of a fast track court to decide the cases of the doctors, none of who have been penalised in the female foeticide cases.

Coincidently, the Protection of Children from Sexual Offences Bill, 2011, that was earlier cleared by Rajya Sabha, got the nod from lower house after the second episode of "Satyamev Jayte".

The episode highlighting malpractice among medical practitioners irked medical community. Though the medical community was miffed and asked apology from Aamir, the parliamentary standing committee invited Aamir and the "Satyamev Jayate" team to discuss the issue.

The grand finlae show highlighted the basic tenets of the constitution that promises equality for all. Ironically, the people in the country are still subjected to discriminations on the basis of caste and religion.

"When India's leaders envisaged building a new nation after independence, the constitution was the foundation stone of this endeavour. We had resolved to establish a sovereign, secular, democratic republic with justice, liberty, equality and fraternity for all. After 65 years of Independence, are we actually living up to those principles," Aamir asked.

The episode saluted the courage of The Sarvodaya Trust, which gave shelter to both Hindu and Muslim children after the 2001 devastating earthquake in Gujarat as well as Sunitha Krishnan, a social worker who looks to rehabilitate prostitutes and rape victims through her anti-trafficking organisation Prajwala

Sunitha, one of the rape victims, said that irony is that "people want to make documentaries and movies on these girls, but no one wants to own them."

The episode also appreciated the work of Naseema Hurzuk, a wheelchair bound lady who runs Helpers Of The Handicapped, an organisation helps disabled.

In last 13 weeks, the star evoked a range of emotions as he dealt with the sensitive topics, and each episode witnessed moist eyes among those in the TV audiences and many more at homes and offices across the country as people tuned in to watch the programme.

Before the show hit the screen, Aamir said in his promotional ads that he wanted to replicate the phenomena created by the epic Mahabharat and Ramayana teleserials of yore on Sunday mornings and he succeeded in doing so.

Equipped with well-researched instances and case studies, each episode forced people to think beyond boundaries. The programme was simultaneously beamed on Star Plus and Doordarshan, a first.

In terms of business too, Aamir has managed to draw big brands and loads of moolah to sponsor a reality show that puts the spotlight on the invisible people in the country. Airtel is the title sponsor, while Aquaguard Axis Bank, Berger Paints, Skoda, Coca-Cola, Johnson & Johnson and Dixcy Textiles paying crores for the show.

The actor has said that he may come back with the second season of the show.

adonis420 8 years ago Aamir Khan has done more to promote injustices and malpractices then Anna Hazare!

HATS OFF AND KUDOS TO AAMIR KHAN!

tan26809 8 years ago This is such a wonderful show , hope ppl just dont forget the issues after sometime .

nehnehneji 8 years ago Amazing, amazing, amazing. What an impact the show has had, hoping it will continue to influence as a force of good, and leave a lasting legacy.

-Ramya- 8 years ago this was an outstanding show.. Looking forward for season 2

Mishh007 8 years ago awesome...nd the best reality show ever...hats off amir nd team for ur efforts nd this out of the world show...nd the results...wow..!!...great job seriously...will miss this show badly...nd we want a next season too...!!

KiranSonu1 8 years ago We will miss SMJ.
Eagerly waiting fir it's season 2.
Thanx for such a Show Aamir sir.
till nw there r many typs of pollution in India which clear by SMJ so come back soon.