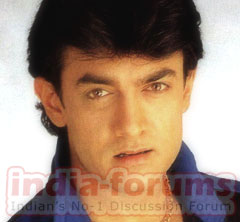 Faisal Khan's recent allegations against elder brother and renowned Bollywood actor Aamir Khan have left him stunned and very upset. Aamir is so disturbed that he had cancelled his plan of coming live and chatting with fans on his personal website www.aamirkhan.com on Saturday at 8 pm IST, citing personal problems.

The note on the site from the "Lagaan" actor says: "Sorry everyone, but due to unavoidable personal reasons I will not be able to chat live with y'all today 8 pm IST as I had earlier mentioned. Will fix a new date and time for my chat and keep you posted. In the meantime, please continue to post your comments and reactions to the curtain raiser of TZP ("Taare Zameen Par") in the blog space. Regrets. Aamir".

His blog also adds: "Sending all a warm hug. May we invest more in peace, happiness and in the wellbeing of all humanity. Eid Mubarak".

On Friday, Faisal spoke to the media and publicly accused Aamir of mentally torturing him and forcibly locking him up in a flat for almost a year. He added that Aamir wanted to prove that he was suffering from mental illness and Aamir's bodyguards had been forcing him to take medicines. 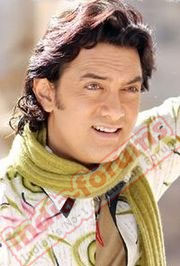 ven Aamir's father, film-maker Tahir Hussein, stood by his younger son and provided in writing that Faisal was completely healthy in all aspects. Faisal and Hussein were spotted visiting Mumbai's K.E.M. Hospital for check-ups, the results of which Faisal might use to prove his fitness and to reaffirm that his statements against Aamir were not a result of his alleged unstable mental state.

A very close source said: "Aamir was overjoyed by the response his website had generated and was extremely excited to see the reactions to the first promos of "Taare Zameen Par", his debut directorial film. He had planned to be present online to know the reactions. But after his brother and father went on record with their accusations on Friday, he was extremely upset and hurt."

In July 2000, Aamir's lawyer had posted a notice in several trade magazines severing all professional ties between the actor and his father. The notice read: "Mr. Aamir Khan, a cine artiste, is not associated with the business of production of cinematographic films of his father Mr. Tahir Hussain Khan..." and that anyone who got involved in Tahir's company "shall do so at his own risk and my client shall not be liable for any such dealings".

Industry insiders had speculated that the rift was a result of Aamir's disapproval of his father's reported involvement with a newcomer, a much younger actress whose work Tahir intended to showcase through his production company . A few had claimed that Aamir was reacting to news that his father had been raising funds by trading on his son's name and reputation.

On February 9, 2005, the Mumbai police had reportedly persuaded Faisal to get admitted to a hospital for psychological treatment. Aamir had filed a petition with the police claiming Faisal had been sending threatening letters to him and other family members. When neither Aamir nor any other family member were able to persuade Faisal to get admitted to a h 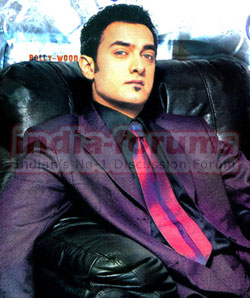 An industry source said: "Faisal's acting career never took off and he was in a major depression with no help coming from any corner. This led him to troubling his elder brother Aamir." Aamir had set up Faisal's acting debut in "Madhosh" in 1994 under their home production company T.V. Films. But the Vikram Bhatt-directed film flopped at the box-office. After that, no good offers came Faisal's way.

Aamir then convinced Dharmesh Darshan, with whom he had delivered one of his biggest hits of 1996 "Raja Hindustani", to work on a project starring Faisal and him together. The film "Mela" too was a box-office washout of 2000 and Faisal went on to do Bollywood C-graders. Gradually, Aamir too distanced himself from his brother.

Faisal's accusations came the same day Aamir presented his first directorial venture "Taare Zameen Par" to cinema screens worldwide. Aamir's mother has sided with him and is his pillar of support against his father and brother. Earlier, there were reports that Aamir parents had parted ways and were no longer staying together.