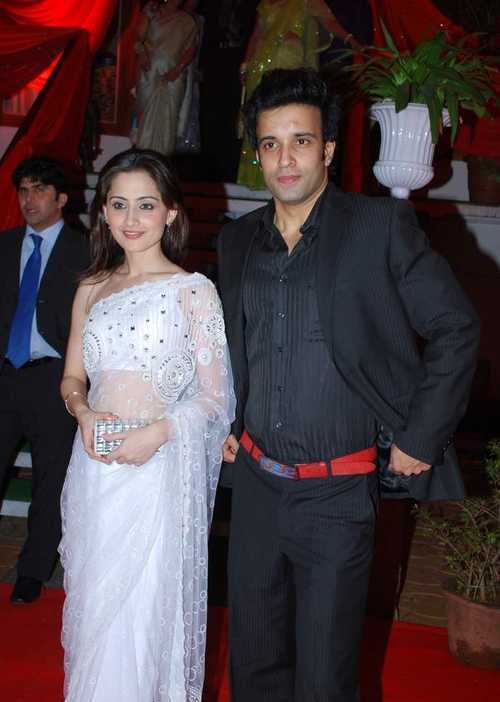 Real life couple Amir Ali and Sanjeeda Sheikh will be romancing on-screen as the former will be seen in a cameo in upcoming episodes of TV show Ek Hasina Thi.

Sanjeeda Shaikh plays the lead character of Durga in the thriller show, aired on Star Plus.

"Aamir will start shooting soon. He will be doing a cameo and Aamir and Sanjeeda have a few scenes together. Their characters will pretend to get engaged on the show. Aamir's character will play a very crucial role and give a new dimension to the storyline," a source said.

The couple, who wed in 2012, has earlier featured on the small screen together in dance reality show Nach Baliye 3.

charu_81 6 years ago Nice :) Now Dev will be jealous and he will not know why since he loves Nithya...Thanks Nandzluv for posting those beautiful pics

Preternatural 6 years ago Awesome chemistry between Amir Ali and Sanjeeda Shaikh...Can't wait to see them once again in Ek Hasina Thi

-MONA- 6 years ago Aamir Ali and Sanjeeda Shaikh looks superb together... Can't wait to see them once again in Ek Hasina Thi

NandzLuv 6 years ago Just eagerly waiting for it. Its big visual treat!!!

ifun 6 years ago I am glad its a cameo. Even though I like Sanjeeda sheikh Aamir ali real life pair I don't want them as a pair in EHT.

Preternatural 6 years ago Aamir Ali and Sanjeeda Shaikh looks sooo adorable together... Can't wait to see them once again in Ek Hasina Thi

skfirdous 6 years ago Beautiful Couple!!
love u both waiting to see
Looking forward to this track