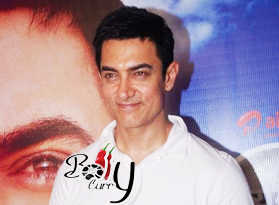 public audience to raise social awareness. His aim to highlight the truth alone has begun its journey successfully with his show Satyamev Jayate and he will now be making his radio debut in a programme called Dil Pe Lagi aur Baat Bani.

Saytamev Jayate achieved limitless acclaim only minutes after its first episode was aired on television last Sunday and encouraged global audiences to face the bitter reality of a system that we have all been affiliated with in different degrees at some point in our lives. Viewers were astounded by the facts brought to light and even set out to raise Khan's plea together in many parts of India within the same week! Dil Pe Lagi aur Baat Bani will also be aiming to create the same effect as Khan's TV show, where he will weave a web of real-life incidents once again to strike a common chord across the nation, albeit through a different medium.

Millions of listeners will tune in to connect with Khan on live radio at 11 AM every Saturday starting from May 28. The show will broadcast on the primary channels of All India Radio and will cover Uttar Pradesh, Madhya Pradesh, Bihar, Jharkhand, Chattisgarh, Maharasthra, Punjab, Rajasthan and West Bengal.  Vividh Bharati stations of AIR will also make the show available on Saturdays at 3:30 pm.

Khan has gained utmost respect not only in India but from every corner of the world that is populated with Indians, and we, as a culture, stand united with his endless efforts!