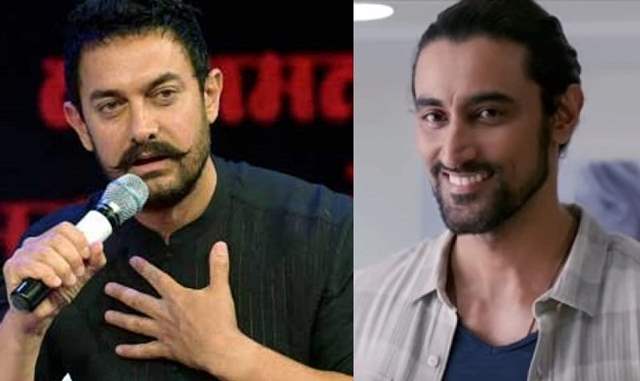 Post the screening of the film, Aamir was heard saying that he really liked the film, Koi Jaane Na for which he has also done a song. Amin is a dear friend of Aamir and he was worried how he his friend might have done in his debut project as a director before he saw it but he was surprised at the amazing outcome, and how Amin has done a great job. The entertainer keeps you engaged throughout as its a murder mystery, has thrill, romance, songs and amazing actors.

As for Kunal Kapoor he said that Kunal has done a great job and he has also looked so good in the film, plus the romance between Kunal and Amyra is very good.

Aamir will be making a special appearance in the film with the song Har Funn Maula which reunited him and Kunal Kapoor on a set 15 years later, after Rang De Basanti.

Kunal has been on the receiving end of lots of praise as his director recently described what made Kunal the perfect choice for his debut film saying he suits the character to the T along with being the amazing person he is. Kunal will be returning to the big screens after his last release, Gold.

The Rang De Basanti star will be seen in the psychological thriller helmed by Amin Hajee in theatres from 2nd April opposite Amyra Dastur.

Kunal Kapoor took the risk, Reveals flying an aircraft by himself amid ...