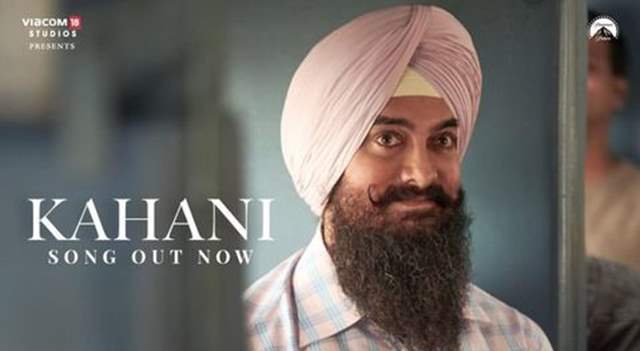 The videos of Aamir Khan talking about a major Kahani revelation went viral, and now the first song from the film, titled 'Kahani,' has been published by the creators of 'Laal Singh Chaddha.'

'Laal Singh Chaddha,' Aamir Khan's labour of love, is one of the most anticipated films of the year, and will be released in theatres nationally on August 11, 2022.

Aamir Khan Productions is about to offer you another wonderful narrative with 'Laal Singh Chaddha,' starring Aamir Khan, Kareena Kapoor Khan, Mona Singh, and Chaitanya Akkineni, after providing Indian viewers with one cinematic treasure after another. Atul Kulkarni wrote the Indian version of Eric Roth's original script, which is directed by Advait Chandan.

The Laal Singh Chaddha album is composed by maestro Pritam, with lyrics by Amitabh Bhattacharya and the first song ‘Kahani’ has vocals by Mohan Kannan that beautifully encapsulate the movie and in essence, introduces the audiences to the film.

Interestingly Mr perfectionist went an unusual way and has opted to release only the audio of the song, rather than the video, in order to focus the audience's attention on the true hero of the track: the music itself and the team that put these elements together.

“I truly believe that the songs in Laal Singh Chaddha are the soul of the film and this album has some of my career’s best songs. It was a very intentional decision to put Pritam, Amitabh, the singers and technicians in the spotlight because not only do they deserve to be center stage but also the music deserves its due credit. I can’t wait to see how audiences react to the music that the team has poured their heart and soul into.”

The actor-producer chose to place the film's artists and music front and centre in order to emphasise not just the music business as a whole and their efforts, but also to allow spectators to experience these compositions in their purest form, free of images.

Aamir Khan Productions, Kiran Rao, and Viacom18 Studios are producing Laal Singh Chaddha, which will be released in theatres globally on August 11, 2022.