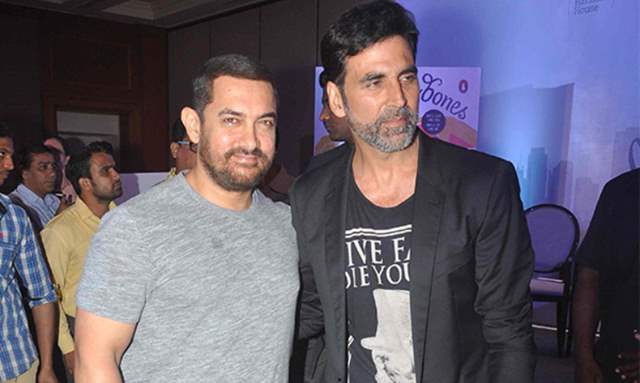 Akshay Kumar and Kiara Advani starrer Laxmmi Bomb has come under scanner after  the film received massive backlash on social media. The makers dropped the trailer of the horror-comedy film, and it garnered a lot of praise. However, a section of the audience was displeased with the same and made it to the headlines for all the wrong reasons.

Now, actor Aamir Khan has come to Akki’s support as he lauded him for his  outstanding performance and has praised the trailer. He also said that he wished the film released in theatres.

Taking to his Twitter handle, Aamir wrote, “Dear @akshaykumar, what a superb trailer, my friend. Can't wait to see it. This will be huge! Wish it was releasing in theatres. And your performance is outstanding! Best wishes to everyone.”

On the other hand, Akshay Kumar was amazed by Aamir Khan’s kind words  and wrote about ‘men supporting men’ while replying to Aamir. Thanking him for his wishes, Akki replied, “Dear @aamir_khan, thank you so much for your kind words and supportive encouragement, truly means a lot in these heavy times So touched my friend. #MenSupportingMen.”

RapChick101 1 months ago Looks good, it’s actually with a message in a way!

akramabs 1 months ago Not why sure there is so much negativity about the movie. It looks nice.

ronshaan 1 months ago Yes i have seen the trailer, amazing work amazing one looking forward to watch this.