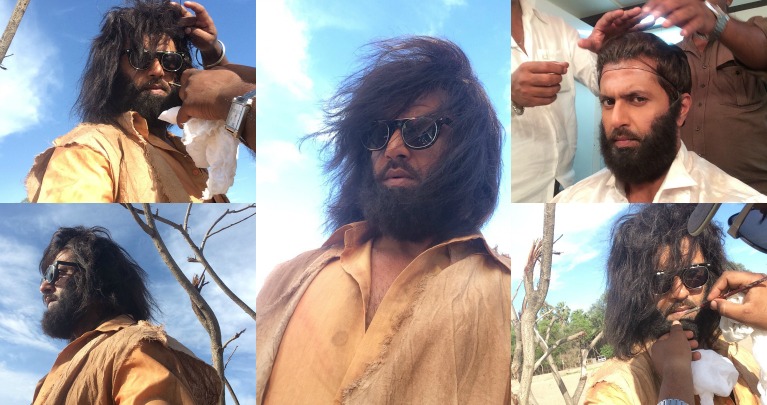 Life OK's Shapath - Super Cops v/s Super Villians has always looked at churning out some fantabulous scientific episodes from the time it was launched.
Now, in the future episodes of the show, the viewers will witness heartthrob of the show, Aamir Dalvi donning a pirate like look.
The story will revolve around the badman, Kavi stranded on an island and when the Super Cops happen to visit the place, he will disguise himself as a guide to cause chaos and destruction on the island.
When contacted Aamir, he averred, "I have always believed that Shapath is one of the most distinguished shows on television. I have been enjoying being a part of each and every episode from the past three years. With regards to my character, I enjoyed donning a different look and I am sure the viewers will enjoy it too, more particularly because he has a lisp which will add on to some comedy on the show."
Aamir claimed that it took him one and a half hour to get into the look of the character and had to wear it for almost 12 to 14 hours!
He expressed, "The weather conditions were a drawback because I had to wear the makeup on for long hours in the humid climate. But in the end, I enjoyed every bit of shooting this episode as I essayed a distinguished character."
Way to go Aamir!

Neha Rana: I am super elated to be a part of Ishk Par Zor Nahi

RehaShaikh 5 years ago Aamir Dalvi in donning a pirate!! Looks very different and devilish, seems he has completely steadfast with his role in Shapath. Good luck Mr. Hippie hope people will appreciate your looks as they do for your acting skills.

8 years ago shahrukh khan is the best
love u shahrukh