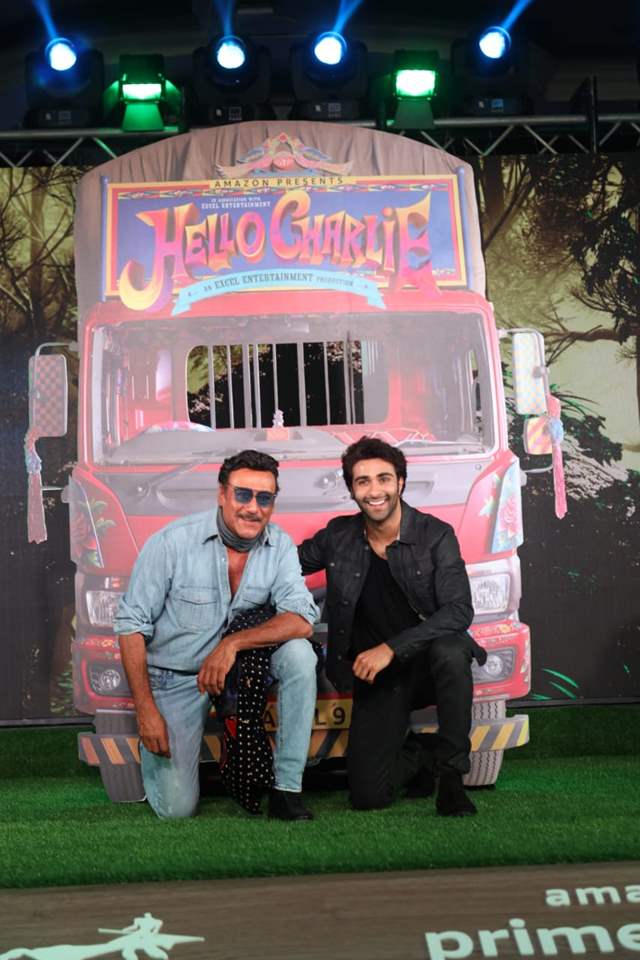 Aadar Jain is eagerly waiting for the release of his next, Hello Charlie, a film that is garnering him praise from all quarters. In this hilarious comedy, Aadar will be seen forging an unlikely friendship with a gorilla, which is actually Jackie Shroff in disguise! For Aadar, sharing screen space with the yesteryears superstar was a true blue fan moment!

I’ve always been a big Jackie Shroff fan and after working with him, I’ve become an even bigger fan of his. He’s a rockstar in the truest sense and hands down the coolest person I’ve met! I had a blast working with him, we share a great bond and I just have the most amount of love & respect for him, as an actor and as a human being.

I’ve known him for many years now even before I became an actor, we met first on the sets of Farah Khan’s ‘Happy New Year’ in which I worked as an assistant director and I always wanted to share screen space with him, so to finally get the opportunity to work alongside him in ‘Hello Charlie’ was really special for me!

Jackie was a big motivator for Aadar on the sets. He says,

To be honest, he just always showered me with a lot of love and praise, and that in itself was really encouraging and motivating for a young actor like me. If at all, he just said ‘bindaas bidhu just enjoy yourself!

Aadar cherishes every minute that he has shared with Jackie on the sets of Hello Charlie. He says,

Every minute with Jackie Shroff sir on set was a laugh riot or an exchange of warm words. We heard a lot of young cool African music together and exchanged many interesting stories about my family and his.

Hello Charlie Is an adventure of a young simpleton(Charlie) from a small town Who is given the task of transporting a Gorilla(Toto) from Mumbai to Diu. A series of unexpected events unfold along the way. You will witness hilarious performances by unique characters on this Roller coaster journey In the film.

Prime Members in India and across 240 countries and territories can stream the film starting 9th April 2021.