With St. Patrick's Day just passing, BollyCurry decided to come up with a cliched, yet creative 'with a twist' article to entertain our readers. As many know, St. Patty's Day is much known for one thing in particular and that is its celebration with alcohol, most popularly dark beer. But for the Indian audience, it's St. Patrick's Day every day thanks to Bollywood and their alcohol promoting songs! Sit back and enjoy as we get drunk on ripping apart the cringe worthy songs that are all about drinking. 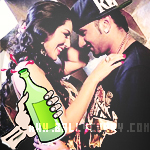 '4 bottle vodka, kaam mera roz ka, na mujhe koi roke, na mujhe kisi ne roka', happens to be exactly how this song starts. Honey, we sincerely hope there's a well wisher out there to stop you because obviously we can't. After all, I'm sure you don't want to deprive your fans of your mind numbing raps considering how there's only so much your poor liver can take. Considering that the lyrics leave something to be desired, the beat is perhaps the only saving grace of this song. As a side note, don't even get us started on his pronunciation of 'vodka' in the song!

A little too inspired by Hollywood are we? We don't know about Honey Singh, but we've got 'hungover' just by merely listening to this song! 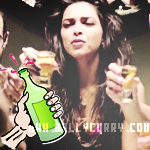 Let's get off whatever that excites you about drinking eh, Honey Singh? We, at BollyCurry, fear for the Indian youth if this is truly the future of Indian music. 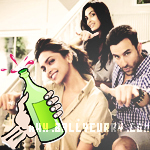 We honestly cannot say that we don't jam to this song once in a while because whether we want to admit it or not, it's a good song sung by great artists and, of course, it has some great music. But the concept behind it has landed itself on this list. The idea of comparing an endearing friendship to 'desi daru' just doesn't go down well with us what with the current obsession Bollywood has with alcohol.

We, at BollyCurry, would rather not get 'drunk' on friendship. We support the idea of 'embracing' friendship. 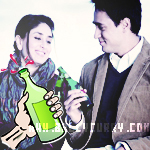 'Talli hai ye zameen, talli hai asmaan, sab talli hai yahan' depicts exactly how it is in the world of Bollywood. Find yourself a 'tu' and get talli, is all we can get from this song and the video - which actually seems fun but we are not about to admit that. After all if we did that then how could we say that this is a cringe-worthy song?

Alright B-town, we get it. We'll make sure to get drunk and fall asleep in front of a mall. 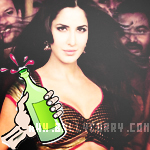 When you get an item song and alcohol all in one number, it's heaven on Earth for Bollywood. This song had very easily topped all charts, and blown the Indian audience away with a provocative Katrina Kaif offering to light your 'beedis' having consumed a 'paua', which is essentially a quarter bottle of alcohol.

We just might need a paua ourselves after listening to all these songs.

Drinking was portrayed as a very 'masculine activity' in the olden days in cinema. More often than not, it was shown to be a physical expression of 'drowning in your sorrows' as shown in the much loved film, Devdas or as a mere formality during formal events. Nowadays, that has taken a complete 360 turn - all for the wrong reasons. Alcohol is now shown to be the only way one can have fun, defining what youngsters should or should not act as. Cheers to 'alcoholic songs' that have become the new 'item songs' for Bollywood, a medium to gain more money. As Salman Khan would put it 'apne kaam banta, bhaad mein jaye janta'.

Do you have a suggestion or comment for BollyCurry? Drop us a PM at BC_Dropbox today!
12 Likes