View Profile
In the past actresses have proved to be lucky for their directors. There was a time when Indra Kumar could not think of making a film without Madhuri Dixit in it. The Chopras considered Sridevi to be their lucky mascot. Ram Gopal Varma believed that Urmila brought him the much needed luck that a director needs to survive in the film industry. Sanjay Leela Bhansali bestowed the luck factor on Aishwarya Rai. The latest addition to the above names is Vidya Balan. If Vidya's career graph is observed closely, out of the five releases that the actress has had till date - Parineeta, Lagey Raho Munnabhai, Heyy Babyy, Bhool Bhulaiya and Guru - all have been super hits. 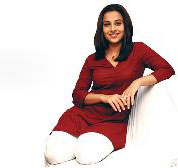 A trade analyst says, "Like Sridevi and Madhuri who were criticized for their bad dress sense, Vidya, too, has been cornered by the critics. But that has not affected her in anyway as Vidya has dished out hits one after the other. Directors continued to cast Madhuri and Sridevi in their films; the same case is with Vidya Balan. She is considered to be in top league of actress' today.'

Though she is being showered with praises for her looks, Balan is not taking her career for granted and is genuinely working on her style and clothes. A source close to the actress says, "Vidya Balan is working hard on her clothes and designer Sabina Khan is helping her with it."

Now with Vidya being declared a lucky mascot and Shahid the future superstar, will there be any surprise if Kismat Konnection immediately connects at the box-office?