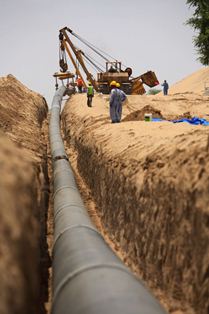 Have you ever found yourself intrigued by the ease with which you turn a knob on your stove and gas flows out? Ever felt curious about the origins of the fuel that you fill your car with, ever so often? Have you ever found yourself wondering about the lifeline of an entire nation? On 12th January 2014, National Geographic Channel, in association with Cairn India, will give you the opportunity to witness the realities of the fuel that drives our lives, on 'A Short Story of a Long Pipeline'.

A half-hour special documenting the resurrection of a jaw-dropping 700 km long pipeline by Cairn India Limited, the film takes a look at the completion of the mammoth project that would be the resolution to the ultimate challenge faced by the biggest onshore oil discovery in India in the last 25 years. And while the engineers must put their skills to test in order to build a technological marvel that would have to ferry crude oil through the extreme weather of the Thar Desert, what makes the entire task even more daunting is that ~700 km of the line would make up the longest heated section of pipeline in the world.

Speaking on the spirit of technology innovation that led to building this pipeline, Dr. Sunil Bharati, Head - Corporate Affairs and Communication, Cairn India, said, "Technological innovation is at the heart of everything we do at Cairn. This is aptly showcased by the technical ingenuity involved in building the world's longest continuously heated and insulated pipeline - the Mangala Development Pipeline. The pipeline passes through two states and eight districts to transport precious crude oil from our Rajasthan block to various oil refineries, and in the process, brings the nation closer to its dream of attaining energy security. The Mangala Development Pipeline highlights Cairn India's expertise in quick project delivery against all odds, apart from being the fastest growing energy 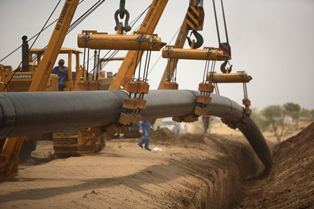 company in the world."

Talking about the documentary, in light of the energy crisis, Ms. Debarpita Banerjee, Vice President, Marketing, National Geographic and FOX International Channels, said, "The global energy demands are on the rise and its impact shall be more on developing countries such as India. At a time like this, for Cairn India to have spearheaded the process of providing access to India's monumental onshore oil discovery is genuinely commendable. We, at Nat Geo, are excited about being privy to this extraordinary event and giving our viewers the exclusive opportunity to witness history being made."

From the finer details & intricacies, to the realization of the entire construction process, catch it all on 'A Short Story of a Long Pipeline' premiering on Sunday, the 12th of January 2014 at 6 PM only on National Geographic Channel.