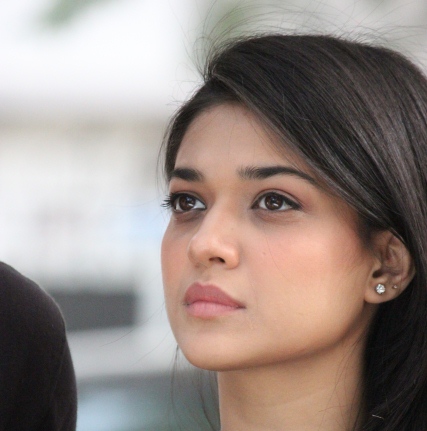 Zindagi's India's only premium Hindi channel that has launched television and now Bollywood sensations such as Fawad Khan, Humaima Mallick and Mahira Khan, brings another bright new face to your television screen - Sanam Jung in Dil e Naadan that premiers on 6th February at 8pm.

26-year-old Sanam Jung started off her cinematic career as a VJ in Pakistan.  Acting wasn't Sanam's preferred career choice but she was born to do it. Not only will she be debuting as Sila in Dil e Naadan but incidentally it was also her debut serial which has won her legions of fans who fell in love with her sweet on-screen persona.

As Sila, Sanam plays the role of a beautiful sensitive girl that has been brought up like a princess who falls in love with her poor cousin and eventually gets married to him. Although life and the many upheavals in marriage try to break her spirit, she is determined, courageous and stands up for what she wants in life.

As Sila, Sanam gives a stellar performance as a hardworking, independent girl who does what is necessary for her family and to justify her love for them. Dil e Naadan that starts from 6th February at 8:00 PM is a love story with a twist - it's a story about a rich girl falling in love with her poor cousin who eventually marries him. But what happens when another woman comes between the two? The realistic journey of love from upheavals before marriage to the adversity faced after marriage is beautifully portrayed in Dil e Naadan.

+ 2
6 years ago she is gorgeous..and acting is flawless..
p.s title track is just outstanding

6 years ago Thank you Zindgi Channel for breath of fresh air in the form of sensible shows . Sanam Jung again a subtle actor . And best is introducing Fawad Khan to us and hope you come out with his another drama .

+ 2
6 years ago lovely article.sanam jung is really cute .i wish zindagi brings a new show of fawad khan ,fawad is the best.

6 years ago this is the same old story dil-e-mazdar story of sila-adeel-zoya i don like the story much but love sila she's so sweet and beautiful..

9 years ago Congrats to Neeta and wow to Niharitka too i luv all the colour combination she used in the DP well deserve...n so proud of my Favourite Vidya Balan to win the national award for best actress wowww u desrve it...