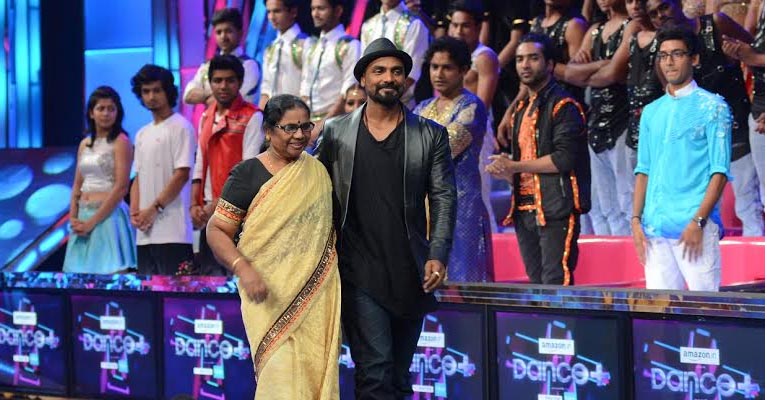 Dancer, choreographer and now director, Remo Dsouza sure has carved his niche in the industry as someone who is looked up to by one and all.

Having started off with nearly Rs. 2600 in his pocket when he first came to Mumbai, today Remo is Bollywood's own god of dancing. Currently seen as a super judge on Dance +, Remo was in for a complete surprise when Captain Dharmesh Yelande paid a heartfelt tribute to his 'hero' in the form of a special act performed by a contestant on his team.

The performance though lasted for a mere 3 minutes encapsulated Remo's journey from Gujarat to Mumbai over a span of 30 years. But the icing on the cake was left for towards the end, when the contestant Hardik escorted Remoâ€™s mother and sister onto the stage.

Recalling the overwhelming experience, the ace choreographer said, "It was an extremely sweet gesture. Dance + is my show and I am the one who is being surprised. I want to thank everyone behind this humbling performance and gesture. It means a lot."

Remo, who doesn't shed tears that easily was left awestruck at the presence of the two people who are the closest to him. Remo also took a moment to mention how he missed his father in this very moment having lost him less than a year ago.

Remo, his mother and sister however made for a great family picture as they happily posed with the rest of the cast and crew from the show.

Dharmesh to judge Dance Deewane alongside Madhuri Dixit and Tushar ...