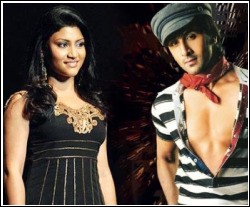 Karan Johar's decision to star Konkona as the lead actress for Wake up Sid surprised many. It was hard to picture Koko romancing the dashing Ranbir Kapoor. Previously, Ranbir was seen sharing screen with notable Bollywood beauties like Deepika, Sonam, and Bipasha.  So then what's the story behind Wake up Sid? The movie revolves around a good looking guy (Ranbir) who falls for an older, simple woman (Konkona).
All as working well on the sets of Wake up Sid until the creators of the film, Dharma productions, felt their actress was not looking her best.  After all, size zero is the fashion these days. So, they politely requested her to re-shoot some scenes, but a furious Konkona refused to re-shoot them. She proudly declared that they will get her just the way she is.
The 24 year old director Ayan Mukherji (Rani Mukherji's cousin) had no choice but to continue with what they had.
Featured Video