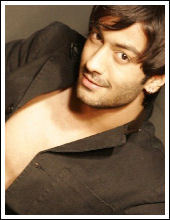 The Charming, modest, suave actor - Jatin Shah stole millions of hearts doing a cameo in Balaji’s Kasauti Zindagi Kii, he followed this up by playing Aditya in Balaji’s Kahaani Ghar Ghar Kii. He later joined Balaji’s latest show - Kasturi. The IF team caught up with the versatile actor and got an insight on his characters, upcoming story, future plans, a lot more.

How did your journey begin?

Jatin: I had done a few advertisements initially, later on I got a call from Balaji and they offered me the character of Yuvraj. I liked the role,so I took up the role. It was a cameo and eventually the character came to an end.


Tell us something about your characters you play presently?

Jatin: I am presently working in two shows Kahaani Ghar Ghar Ki as Aditya aka Adi and in Kasturi as Raunak. Both the characters are different from each other . Aditya is a grey character whereas Raunak is an out an out positive character.

But isn’t Aditya a parallel lead?

Jatin: Aditya is a grey character, he is positive only when it comes to his mother Mayuri. When it comes to others who tries to mess with him, then they had it.

We have seen tracks of Adtiya-Methali-Pranay and Robbie-Kasturi-Raunak, both the shows seem to have a love triangle track and look similar.Your opinion on this?

Jatin: There are similarities, but there are are differences too. Aditya and Methali were at two extreme ends, they became friends recently, whereas Raunak doesn’t have any soft corner for Kasturi. He treats Kasturi and Robbie as his best friends. 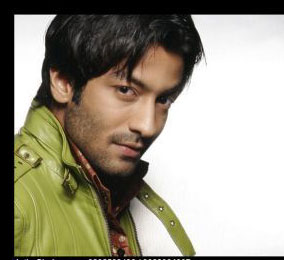 In future can we see Raunak falling in love with Kasturi?

Jatin: I don’t have a clue about that, the scriptwriters know.

How is it been working with the cast?

Jatin: Karan is the biggest prankster off screen.

With two shows in hand, how do you manage your schedule?

Jatin: Balaji has given me flexible hours of working, so i have no problem...

Whom does Jatin resemble - Raunak or Aditya?

Does Jatin have anyone special in life?

Ok, then tell us something about your first crush?

Jatin: (Blushes) I was in ninth standard and I liked this girl , later on she moved in her life.

Jatin: Ofcourse, but before that, I want to work in television for some more time.

And what about Theater?

Jatin: I would love to do theater, if I get the right opportunity.

If you get an opportunity to work outside Balaji, then will you take up that role?

Jatin: If the script is good and the role is good, then I would definitely take it up.

If you are offered to take a generation leap in a Balaji show, would you consider it?

Jatin: I don’t want to play an old character because I wont be able to relate to the character. If any such thing is going to happen, I shall talk with the production house regarding my view points.

Well folks, that was Jatin Shah at his very best. For more Chit Chats from your favorite stars, stay tuned to Telly Buzz only at India-forums.

SNBR 13 years ago We are bored of reading & seeing same old things about you. Give us some interesting news about your forthcoming serials.

+ 3
15 years ago i watched it and i loved it!!
this movie is so cute and i love remy the rat!
strange but true

Sona Gulam 14 years ago He is the best charactor in Kasturi. Why he is not given more role in Kasturi

Sona Gulam 14 years ago He is excellent in every way but he is not getting opportunity to work as a sole hero. We wish that he gets this opportunity soon.

+ 2
14 years ago Ur Da Best I Mean Da Best Actor I Have Known .
Lol Raunak Character Is Bad So I Dont Think U Resemble To Him Anymore Ur Better of Wid Adi.

glooms 14 years ago very good actor and very good human.
cute and smart guy.
we want u back in kasturi.
luv u.

14 years ago Awesome actor, great human being and perfectly handsome!