View Profile
Celina Jaitley plays one of the female leads in Ganesh Acharya's Money Hai To Honey Hai co-starring Govinda, Aftab Shivdasani, Manoj Bajpai, Upen Patel, Hansika Motwani and Ravi Kishen. With a huge set of stars coming together that too for a film that has been shot mostly abroad, pranks on one another is a common thing. 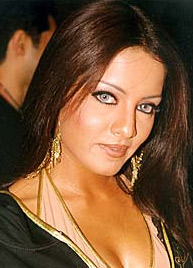 But for MHTHH, the most likely prank victim was always Celina. She told us, "Working in the film was an experience of a life time for me as I had such wonderful co-stars who have their own distinct style of acting. I made a lot of friends on sets. I was often the victim of their pranks. But there is one incident that I shall never ever forget. It was my birthday while we were shooting for the film. I never felt so sad on any of my birthdays because on this particular birthday no one wished me from the morning to the evening. It would have been silly on my part to remind anyone about it."

"I kept sulking the whole day and by evening I was in a total morose state. But in the evening, I was in for a big surprise. Everyone suddenly stopped shooting and I could hear a band being played. A huge five feet cake for me was brought in as well. Everyone on the sets, all the actors, our director Ganesh Acharya and producer Kumar Mangat sang the birthday song for me. It was such a wonderful experience. I am going to cherish it for a real long time!" she concludes.