As Spring flaunts its bright colors and fresh flavours, Bollywood lovers are nostalgic with old memories, and just as well as BollyCurry cannot appreciate new music without first acknowledging its origin. The music industry has roots going far back in time hence BollyCurry takes this glorious chance of reminiscing in music from the 50s and 60s, the era which laid a solid foundation for future musical sensations. Singers including Lata Mangeshkar, Asha Bhosle, Mohammed Rafi, Geeta Dutt, Talat Mohammed, Manna Dey and Kishore Kumar among many others were at the very peak of their careers during this time and evergreen songs, known even today, have stood against the testament of time.
During the late 50s, Bollywood was still producing films in black and white, yet the music industry was miles ahead. A quick comparison of the music composed during the era along with those composed today, and the vast difference will strike you instantly, perhaps making you appreciate the real and natural melodies that came straight from the heart during the heydays. So lean back with your samosas and pakoras as BollyCurry takes you back in time to the era we still fondly remember today.
Aye Meri Zohra Jabeen 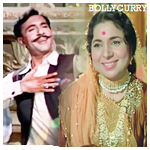 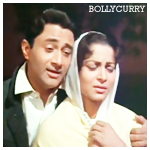 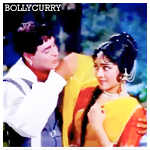 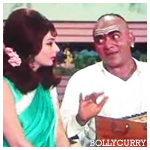 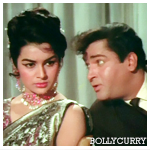 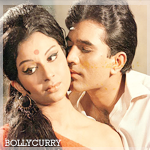 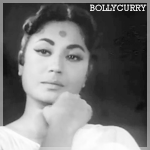 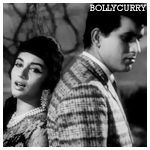 Movie: Woh Kaun Thi
Singer(s): Lata Mangeshkar
Music Composer(s): Madan Mohan
Bollywood fan or not, we refuse to believe that at least one of the above listed songs have not made it to your repertoire. The cliche phrase 'old is gold' is doing wonders as we witness the return of these classic songs, either through various recent Bollywood films or television shows.  "Lag Jaa Gale" was recently pictured in Bollywood Talkies (episode of Rani Mukherjee and Randeep Hooda), a movie designed to celebrate the completion of 100 years of Hindi Cinema. The same song was also used in the massive hit television show Geet Hui Sabse Parayi (starring Drashti Dhami and Gurmeet Choudhary).
The song "Aye Meri Zohra Jabeen" was beautifully depicted in the show Ek Hazaaron Mein Meri Behna Hain (performance of Krystle Dsouza and Karan Tacker) set against a background of an urban time alongside a black and white retro theme. Avid fans of the famous Balaji Telefilms soap Kasauti Zindagi Ki featuring Shweta Tiwari and Cezzane Khan may also remember the use of "Ajeeb Dastaan Hai Yeh". To finish off, there was a beautiful dance sequence in the youth show Dil Dosti Dance by Shakti Mohan and Kunwar Amarjeet Singh on "Roop Tera Mastana". These picturizations are just a few among many that have been repeatedly used on various platforms simply to cherish the sheer talents both decades provided. Indeed it is with pride that the Hindi Cinema was blessed with such great melodies and that the voices are reminisced even 70 years down the line.
With this, BollyCurry would like to know whether you are a fan of songs from the 50s/60s? If yes, which ones from the above are your favourites? Or which ones did we miss out? Comment below to tell us which, and why. Till next time, indulge yourselves in the enjoyable collection from the golden era!
Writers: Fatima W. and Sonia R.
Editors: Mohini N. and Jenifer Y.
Graphics: Preet K.
Do you have a suggestion or comment for BollyCurry? Drop us a PM at BC_Dropbox today.