Missing, missing, missing! No, no, these people haven't disappeared. They just didn't appear on the silver screen this year, apart from maybe an odd special appearance of sorts. However, don't worry as they will be back in 2014. Today, we bring to you 5 such actors who were MIA from the big screen in 2013. 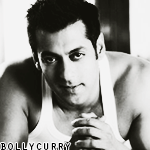 If you were looking for a Dabangg-style movie on Diwali, Eid, or Christmas, we're sorry to say that you will be disappointed. Unlike the past few years when a Salman Khan film has hit the theaters, usually on Eid, this year there was none. While the Dabangg Khan was active on television with Bigg Boss 7 and the first episode on Koffee with Karan, he had no movies in 2013. But do not worry, he has 2 movies lined up in 2014, 3 movies in 2015, and 1 in 2016, or so our sources say. First up will be the much-awaited Jai Ho with a tentative release date of January 24, 2014, followed by Kick with a tentative release date of July 27, 2014. Salman also has No Entry Mein Entry, an untitled Kabir Khan movie, an untitled Sooraj Barjatya movie, and an untitled Prabhu Deva movie in the works. 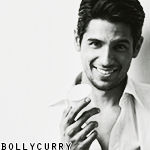 With a stellar debut movie, this "student of the year" has a huge fan following already and so of course when he didn't appear in 2013, many were disappointed. We're talking about the dashing lad, Sidharth Malhotra! He had a stellar debut in Student of the Year as Abhimanyu Singh and then appeared in many different TV shows such as GenNext and Koffee with Karan. In 2014, he'll be appearing in 2 movies. First up will be Hasee Toh Phasee, though there is no release date set for it yet. The other movie is The Villain, also with an unscheduled release date. It is rumored that in The Villain, Siddharth will be the playing a negative role, so do look out for that! 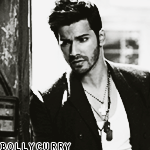 Of course if we have one student of the year, we have to have the other. We're talking about the other hottie, Varun Dhawan! Also gaining a huge fan following from his debut in Student of the Year, Varun didn't reappear in 2013 either, except for in TV shows alongside Siddharth. But don't worry, he'll be appearing in 4 movies in 2014. His first role will be of Karan in Main Tera Hero with a tentative release date of April 4, 2014, followed by Humpty Sharma Ki Dulhania with a tentative release date of June 27, 2014, and then 2 untitled projects, one by Sriram Raghavan and the other by Mohit Suri. Varun will be seen alongside Illeana D'Cruz and Nargis Fakhri in Main Tera Hero, though nothing on their respective roles has been released yet. 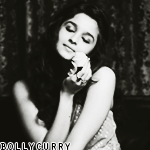 And the last student of the year is Alia Bhatt. Alia made her debut with Student of the Year, though she did appear as a child artist in Sangharsh (1999). Appearing just on TV in GenNext and Koffee with Karan this year, Alia has 5 films lined up for 2014. First up is Imtiaz Ali's Highway, which could be a remake of his TV show Rishtey: Highway, followed by 2 States which is based on Chetan Bhagat's 2009 novel with the same title, then Humpty Sharma Ki Dulhania and Jagga Jasoos, and wrapping up with an untitled Boney Kapoor movie which is said to be opposite Fawad Afzal Khan, a Pakistani singer, model, and actor.
After all these students, it's time to come back to an actress who has been in the industry for quite some time. 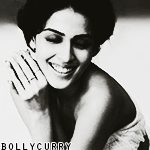 After getting married on 3rd February, 2013, Genelia DSouza appeared in Tere Naal Love Ho Gaya and a Telugu movie, Naa Ishtam. Genelia's movie, It's My Life, was supposed to release on August 15, 2013, however, has been postponed and no new release date has been set for the movie yet. Genelia will also be appearing in Rock the Shaadi, which is supposed to release on February 8, 2014. Not much is known about the movie yet, although the movie was initially supposed to be titled Shaadi of the Dead, which may give away something about the movie. 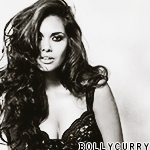 Finally, we have a lovely model, Esha Gupta, rounding up our list. Appearing in not one, but rather 3 movies in her debut year, Esha only did a special appearance in "Dhat Teri Ki" in Gori Tere Pyaar Mein this year, but she'll be back with 2 movies in 2014 and one in 2015. First up will be Humshakals, which is said to release tentatively on June 20, 2014. Then there is an untitled Vishesh Film movie also supposed to release in 2014. Finally she'll be making a special appearance in a song in Usko Jaana Kidhar Hai in 2015, though nothing much is known about it.

While all these actors may have been missing from the silver screen in 2013, they'll be back to rock the screens in 2014. So fans and viewers everywhere do keep your eye out for all these great movies and let us know which one you're most excited about!
Writer: Shreya S.
Editors: Siona M. and Gunia M.
Graphics: Virina R.