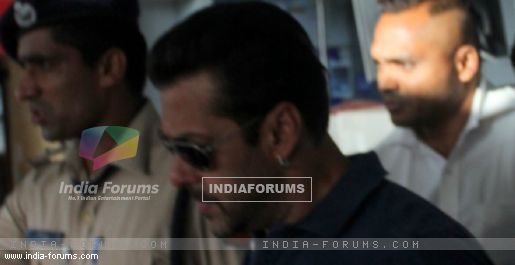 Bollywood superstar Salman Khan, who reached Sessions Court here on Wednesday morning, ahead of the verdict for the 2002 hit-and-run case, has the support of his family and fellow fraternity members including Farah Khan and Sanjay Gupta.

The B-town celebrities took to Twitter to pray for the superstar:

Farah Khan tweeted: "In Dubai.. But thoughts n prayers are still in Mumbai with @BeingSalmanKhan n his family.

In another tweet, Sanjay Gupta said: "All you self righteous pricks, just because I empathize with Salman and his family who I know dearly doesn't mean I am against the victims.

"Today is a day that can go either ways for the Khan family so what is the harm in standing by them? Doesn't make you a loser. Yes the victims & their families suffered but it was an accident damn it. Salman & his family have also suffered. Its unfortunate for both," the tweet added.

Arpita Khan Sharma tweeted: "Today is a big day for us & we know we are not alone.Thank you for your Dua's , love & support always. God bless!"

Satish Kaushik's tweet said: "All prayers for @BeingSalmanKhan ..May God give him happiness and joy all the way..Jai Mahasar Maa."

Neil Nitin Mukesh tweeted: "All me prayers with @BeingSalmanKhan bhai. One of the finest human beings I know. Pray!!!!!"

Pritish Nandy tweeted: "I have known @BeingSalmanKhan for many years now, as a friend. May he have the fortitude to face his destiny today."

Satish Kaushik tests COVID positive, asks people in his contact to get ...