It was definitely a treat watching Hrithik in Dhoom 2, and him with Ash together cuz they have an amazing chemistry onscreen. 🔥 Watching them perform to Dhoom 2 together blew my mind cuz she keeps up with him toe to toe.

To whoever complains about Sunheri, I blame the director for not knowing how to present her as a "sexy lady on the floor" without that cringeworthy persona and line, "Are you... like, checking me out?"

It's their fault that they spent all their creative juices on Hrithik's character and others were left with the remaining scraps to work with.

I like Uday when he's not trying to be the next SRK or some hearthrob called Neal.

Not to mention Hrithik set the bar so high that anyone else trying to recreate the magic falls flat. I wonder if they'll ever attempt Dhoom 4, I think it'd do well with Hrithik with an accomplice .... or someone REALLY goodl if Hrithik's not in it.

The best of the Dhoom series.

They shouldn't even bother with Dhoom 4 -- Aamir drove Dhoom into the ground with the catastrophe known as Dhoom 3.

The best of the Dhoom series.

They shouldn't even bother with Dhoom 4 -- Aamir drove Dhoom into the ground with the catastrophe known as Dhoom 3.

The only five minutes worth watching in Dhoom 3 is Kamli, thanks to Kat. Even the title track sucked in Dhoom 3.

Aamir was so, SOOO badly miscast, I almost felt sorry for him. Did they really think Aamir would be able to live up to John and Hrithik as the next hot, sophisticated, high-tech robber who pulls off grand heists and literally redefines what HOT means in bollywood in his own right?! Whoever thought that needs to be sued.

My other grudge with the writer is WHY did they try so hard to make him a sympathetic character? Can't we just watch a bad guy do his thing without a sob story?! Who wants to feel so many emotions at once when we're just trying to enjoy the adrenaline rush of the chase?! It's not like everyone sets out to rob banks and do crazy things after tragedy strikes them. And is money raining from the sky .. God knows how, after a pathetically non eventful bank robbery supposed to awe us?!

Neither John nor Hrithik were melodramatic wimps looking for revenge. They were bad guys who did it for the thrill, from what I remember, and that's what made the movie watchable to a large extent.

Meh, 15 years of Hritik as the Queen😝

It is such a fun film and the best of the Dhoom series. Can never get tired of watching it again and again.

This goddamn film made me an Aishwarya Rai fan for life. Her costumes, hair and makeup, the body transformation, her swagger - it was all such a huge hit that the likes of Kareena tried to copy her and failed.

Meh, 15 years of Hritik as the Queen😝 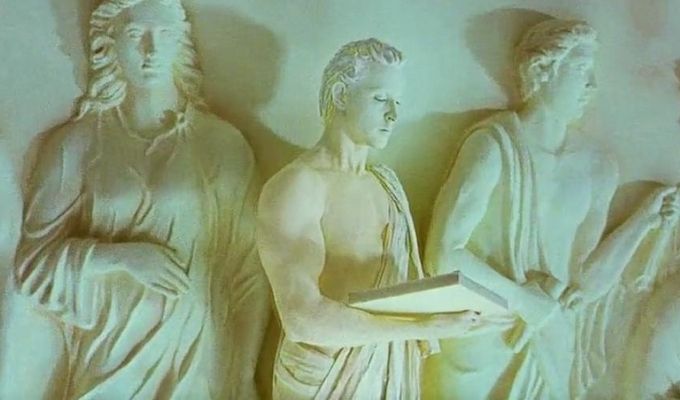