Does anyone have the full article?

She and vivek play the victim card till today.No wonder they both are failure in their career.

I don't think Ash ever spoke about their relationship, only he did.

I don't think Ash ever spoke about their relationship, only he did.

But she spoke about their relationship. She is talking about it right there on the magazine cover. The proof is in front of you.

Aishwarya dated Vivek from 2003-2006. She led him on for two years until she found the biggest fish.

She spoke about Vivek being her boyfriend all the time when they were dating. She used to go out with Vivek as a couple. But after she was successful in convincing Amitabh Bachchan's son to get married and become a Bachchan, she came up with the story that she never dated Vivek. Poor Vivek got used by a woman who spent three years with him but now pretends she was never romantically involved with him.

Here's a picture from their dating days. Look how happy and overjoyed Aishwarya Bachchan looks while Vivek looks shy. 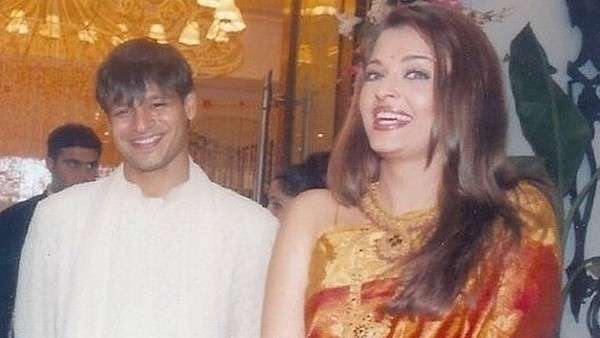 The cover can't be all what is in the article. Maybe she said they are still together as friends. Reading a cover we can't know the main point. And these magazines only sell for profit so they can play with words on cover as much as they like. 🙃