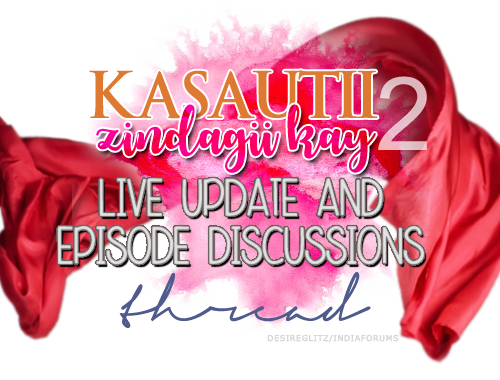 Anu recollects his past

Anu gets flashes from his past when Pre lands up in an awkward situation .... elsewhere Komo n Ron plan to kidnap Pre during New Year Party ...

The episode begins with... Pre sitting before the dressing table in bridal dress n declaring Komo was plotting to get Pre married off to Viraj ..little did she know that this very action would cause AnuPre to come closer like never before .

Anu is telling Pre as he accepts Prasad that he saw AnuPre dancing close very close .. they were closer than friends .. Premis taken aback .. Niv realizes Anu was getting flashes of AnuPre love n she interrupts Anu n distracts him ... pulls him away from breakfast .

Pam who over hears all this comes to Pre n a pats Prasad n assures Anu would recollects his past very soon .. both agree .

at breakfast table Moh orders throwing away her sleeping pills because of which she over slept n failed to take care of aanu while he was in hospital . Mol persuades Pre to join for. F even though she protests .

Anu asks Debu to get Pre’s fav roshogolla As she craved for them these days ..AnuPre smile .

Mol speaks to Rahil n comfirms NY party even though it was 10th Jan .. Niv says this party was because their company had done well in 2019 ...not just NY

Mol invites apre with entire family ...Anu smiles at her ...Moh adds even Viraj should be invited since he to was her family now .

At SN PreShi discuss how Anu was recollecting his memory .lshe feared Komo would surely do something to stop this because this was bad news for Komo

Pre is ready to face Komo .. and is sure in the function seeeing VirPre tog will make him remember the past .. she was going to be very careful

At Choubey house Komo is frustrated with Anu recollecting his past n wants to stop it .. she wants to get rid of Pre at any cost ..orders Ron to kill her . Ron is ready to do as Komo wanted but warns that this might be counter productive because seeing a Pre in danger might trigger past memories strongly .

Ron dissuades Komo from killing Pre at this party because Anu will panic n ask 100s of Qs and this was not a good idea. Komo gets frustrated that she was unable to tolerate  AnuPre any more ....He suggests they just kidnap Pre n take her far away n later on bump her off ..

At BB Anu gets numerous flashes of AnuPre and wonders why he was seeing Pre all the time .. what was the strong bond between them ?? He had to talk to Pre ...

At SN Viraj is going thru the album of a Roka and finds numerous pics of AnuPre closeness ... he feels he had to ask Pre about her rishtaa with Anu and he better step back if AnuPre had any rishtaa of love between them .. he could not proceed with an allaince just because their families were in agreement . He thinks of talkin git over with Pre at NY party .

At NY party Mol pulls Pam’s legs for flirting with Nivi ... he jokes he himself never got that chance because Moh  was  always glaring at him ..
Pre arrives with Sharma family .. Mol greets n welcomes them . Vee says she could not evade Pre’s persistent requests so she had to come .. Mol praises Pre ..

Moh taunts Pre n Vee over missing Viraj .. Pre retorts back . Vee avoids Moh n goes ahead ... Moh asks Pre to concentrate on her own husband n. It on other’s husbands .. Pre rep,is she was looking at her own husband only .. n not on other’s .. hope Moh got her answer !! She smirks n walks away leaving Moh fuming .. Moh controls herself by assuring that Pre was going to get married off very soon .
PreKom have confrontation n challenge eachother ...over Anu remembering all about Pre very soon .

Soon Pre faces ward robe malfunction.. her blouse hook gives way ..she rushes to look for some needle thread .
Anu is  looking for Moh in her room but she is not there .,

He notices Pre in Moh’s room looking for something . As he calls her she turns n he notices through the mirror , her blouse was undone .,he guesses she needed a needle n thread .. he finds them for her .

Anu offers to help her , he assures he knew stitching .. Pre stares at him .. she remembers how Anu had done the same with her earlier .. Anu also gets vivid flashes of how he had helped Pre with her blouse stitching in the past.. Right then Moh n Komo enter the room  n disapprove AnuPre closeness ..Moh sends Pre away with an excuse . They leave aanu alone in the room .

Moh tells Sona  that she should never tell  Anu about his past affair with Pre .  .. it might trigger his memory ,,she must avoid discussing AnuPre with Him. Komo fakes ignorance about AnuPre affair .
At Party Viraj meets Pre n wants to give her a bunch of flowers ... she hesitates n asks him to give it to Basus /Moloy as they were the host ..Viraj insist he had already gifted Mol  n this one was for her .. he  feel he wanted to refuse marriage to Pre  but he hesitates n feels he might never enable to tell her that ... finally Pre accepts the bouquet. Anu notices them. Viraj tells Pre how beaufotul her smile was ..Pre replies that Anu too felt the same .. Viraj is not pleased to hear this .. Anu watches VirPre n wonders why he was feeling so jealous .

Pre hands the flowers to waiter for placing them in a vase .

Ron is putting on his disguise and calls up Komo assuring he was arriving soon .. Komo says she wanted Pre he better present her to him ASAP ..

Precap
At NY party dancing is on ... following a change of partners
AnuPre n VirKom are dancing tog .. Vir wants to dance with Pre as he wa ted to tell her something important but Komo wants to leave AnuPre tog for her ulterior motive .

so EDTs are technical safe havens for battlefields , where both groups are involved in
-name calling / bashing characters
-moral policing each other
-name calling each other and respective fandoms over differing opinions
-ganging up and showing one-upmanship and taking over EDTs
-provoking comments, sly remarks to incite fandoms and when attacked play victims
- you name it you have it.. all breaches under one roof

and the irony  is that no one bothers to report these comments,  everyone wants to fight and have their share of fun and when the line crosses , they play victim and expect Mods to be antaryaamis and realize what's going on in each topic and act and when acted ..comes the mighty biased mods of the forum   naare *slow claps *

From now on, any of the violations here or anywhere in the forum amounting to targeting/mocking/inciting/name calling/ moral policing members/fans/fandoms will see a direct WL with no further explanations . name calling of character or abusing characters are deemed inciting fandoms.

EDT is for discussing the episode wrt to the characters,  discussing or mocking actors are not relevant  here unless you want to incite other fandoms  , also TRPs should be discussed in TRP thread and please don't turn EDT to another battlefield by bringing in TRPs .

Edited by Sutapasima - 1 months ago
0 Likes this
REPLY QUOTE

Was Pre dancing with her undone blouse hooks ?? I was hoping Anu would do some stitching again but it did not happen ...

Did Viraj fail to notice what Anu did ??

Ronit komo plan to kidnap as attack on pre will trigger anus memory more....he he.....kidnap also will trigger his memory...in past many times kidnap happened and Anu tried to save her from ronit....

I did not understand precap....y komo is denying viraj to dance with pre?.....and signals ronit?....their plan is to kidnap her only na?

Why are Anurag-Prerna Trending on Top Position? What's the Maha Twist ...