Sona tricks zanu in order to spend some time with him ...later AnuPre  get locked tog in a store room accidentally

At Stars n kings office Sona is  in Anu’s room getting info  from Ron...Pre enters to leave  coffee on the table n she leaves ... Ron informs how  he kidnapped Pre etc etc ... .. Sona misses noticing Pre ... after she leaves Komo mutters that she will wipe out her memories from Anu’s mind just like she wiped out her house SN .

She sips a mouthful of coffee n splurts it out as it is teaming hot when she expected cold coffee .. her lips n tongue are scalded ..she fumes n runs out of office straight to the receptionist n blasts her for the mistake .. demands who placed that coffee in the cabin ?? Employees gather at the reception as Sona shouts ... an employee  laughs on hearing Sona .. sone is so furious that she fired him out of his job n the office .. Ashish the manager asks that employee to leave calms Sona and assures he will get the person who got that wrong coffee to her .. asks her to wait in Anu’s cabin .

She fumes n throws things on the floor of the cabin ..right then Anu enters n is shocked to see the office in disarray ..asks Sona what was happening ....if she was OK .. Sona then pretends to be al smiles n says things fell accidentally as she entered .. that she had brought him lunch ..they could have lunch tog .. Anu states that there was a problem ..he had already told his staff that he would have lunch with them ..lunch cum Meeting ... as he had no idea So PN a would arrive ., Sona hides her disappointment ..n says it’s OK

Then Anu picks up the scattered things on the floor n says things get knocked off accidentally sometimes ..just like he dropped that foto frame accidentally..... he shows her AnuSona pic .. Sona hides her fury .. Anu states that he knew Sona was not aggressive .. n just like her he was It going to accuse her of knocking things purposely ..  also a couple must have this much understanding .

Ashish arrives at office .. Anu asks him to come along for meeting with. Investors .. Sona breathes sigh of relief as Anu leaves

At BB Moh is scolding the servant in store room for not throwing out. All things belonging to Pre ..how dare he leave behind AnuPre  framed foto ?? Did he hide it purposely ?? Niv comes n apologises .. asks Moh to calm down . Moh orders servant to check Storeroom n make sure nothing that belonged to Pre remains ..

at Office Sona watches Anu on her phone n years for AnuSona moments .. spend some US TIME !! NIKAAA ....but where ?? At hoe  there is drama n office is too full,of people ... She wants to be alone with Anu !! .. following a knock on the door enters Surabhi .. Ashish’s assistant , send by Anu to look after Sona while they are busy at meeting which could take long time ..she is carrying a box for stowing away at storeroom .. which is the library of the publication house .. SKMC .. Sona ponders over that bit of info ..that was a place where she could be alone with Anu ..without any disturbance .. she asks Surabhi to show her that place .. she could trick Anu to store room n take advantage of the darkness .. smiles at the thoughts of AnuSona n darkness together !!

In the conf room Anu is at meeting ..he asks a Pre to prepare a profile of all the land mafias in the state ..  Effie he started the next venture .. Pre informs that they already have that information  in the library .. Anu is surprised they had a library ,,Ashish informs it was not exactly a library just a store for files .. Pre leaves conf room to get file from lib .. Pre Sona pass eachother without noticing one another .. Sona enters conf room .. Anu apologises for being busy n having no time for Sona ..she pretends to look happy hides her annoyance ..bids him good bye ..  n leaves . .. 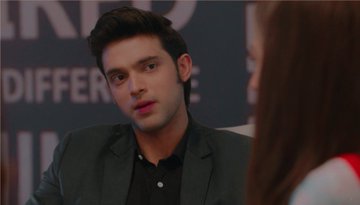 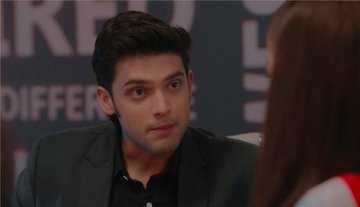 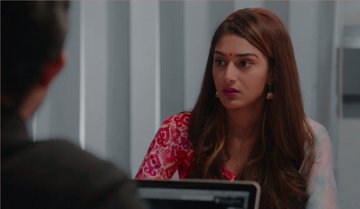 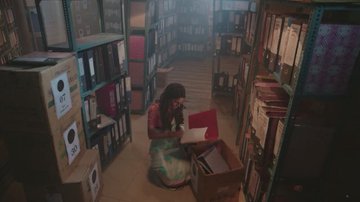 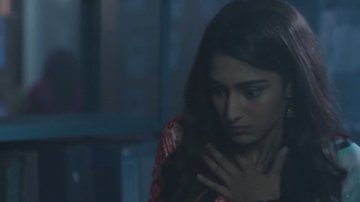 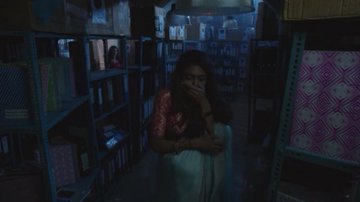 Sona decides to make the store dark .. she pulls out the fuze .. give sout a wicked laugh .. Pre gets all the more scared .. .. soma files fall on Sona she goes out to clean herself up .. right then Anu walks into the store room .. anuPre come face to face.., she covers her eyes n ears n screams !! Churail churail !! Then is shocked to see Anu ..she asks her to calm down ..

Anu asks her to walk out of the store .. why was she scared ?? She informs him about bhoot churail ... she demonstrates how churail laugh .. much to Anu’s amusement .. 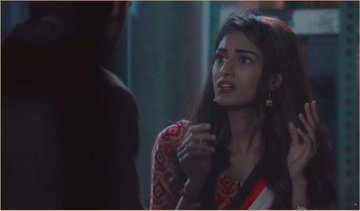 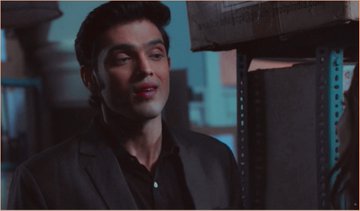 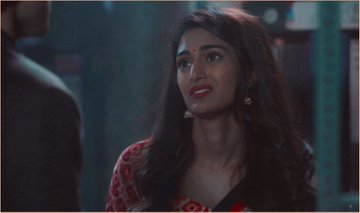 Anu then jokes that churail was behind her .. Pre gets scared n hides her face into Anu’s chest n hugs him ....ANu feels awkward about the hug but he feels a closeness for Pre and gets BFs of similar hug scene in the past .... soon Pre notices there was no one ..Anu then pretends to get scared ... of bhoot churail ... she assures she would be there to help him .. .. she takes him to the door ... she finds it locked .. she struggles to open it .. ...Outside the store room Sona tries to enter but finds the door locked . inside Pre asks Anu to try but he too finds it locked ,,she screams for help ..then Anu too screams for help .. Sona is shocked to hear Anu’s voice n a girls voice coming from storeroom .. she thinks of fetching the keys 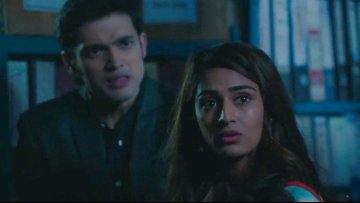 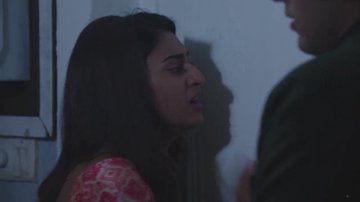 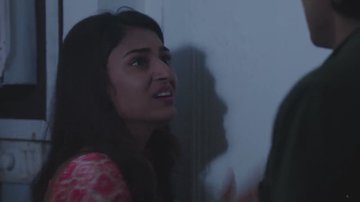 Anu tells Sona in his office cabin that he narrated the story of thorn bird ...as if he knew it by heart .. he wonders where he got all the info from ..he never read such stories in his life ...

Sona asks Ashish who was the girl who was Anu’s secretary .. Ashish informs it was Prerna .. Sona gets the shock of her life ...

Congratulations Suta , for the new beginning

Congratulations Suta , for the new beginning

Congratulations to all the members who visit this thread yaara

Congratulations to all the members who visit this thread yaara

y they are congratulating u .mujaey bhi bholiyae.
1 Likes this