Saif to play a politician in Ali Abbas Zafar's Tandav

Saif Ali Khan is on a roll. The actor, who is no less than an underdog in the industry, is ready to start his next venture on the digital platform. Saif collaborates with Ali Abbas Zafar for the first time, for the political web show, Tandav

Saif Ali Khan garnered great response for his first attempt in the web world with Sacred Games. Now, he is ready to explore the digital medium further with Ali Abbas Zafar’s first web series, Tandav, which is touted to be a political series on the lines of American show, House of Cards.

Now, SpotboyE.com has it that the stage is set for the show and Saif is leaving for Delhi tonight to shoot his 2nd web series.

Talking about the show to Mid-Day, Saif had revealed, “It is a show based on politics and is set on a massive scale. I don’t want to use American examples, but it’s along the lines of House of Cards, set within the framework of Indian politics. The plot takes into account various factions like Dalit politics and UP cops, and the whole nexus between them.”

Saif’s last stint on the digital space, Sacred Games, was a massive hit and the star was much appreciated for his impeccable performance as Sartaj. However, in a recent interview with Bollywood Hungama, he also accepted that he wasn’t that happy with the audience response to Season 2 as he was with Season 1. 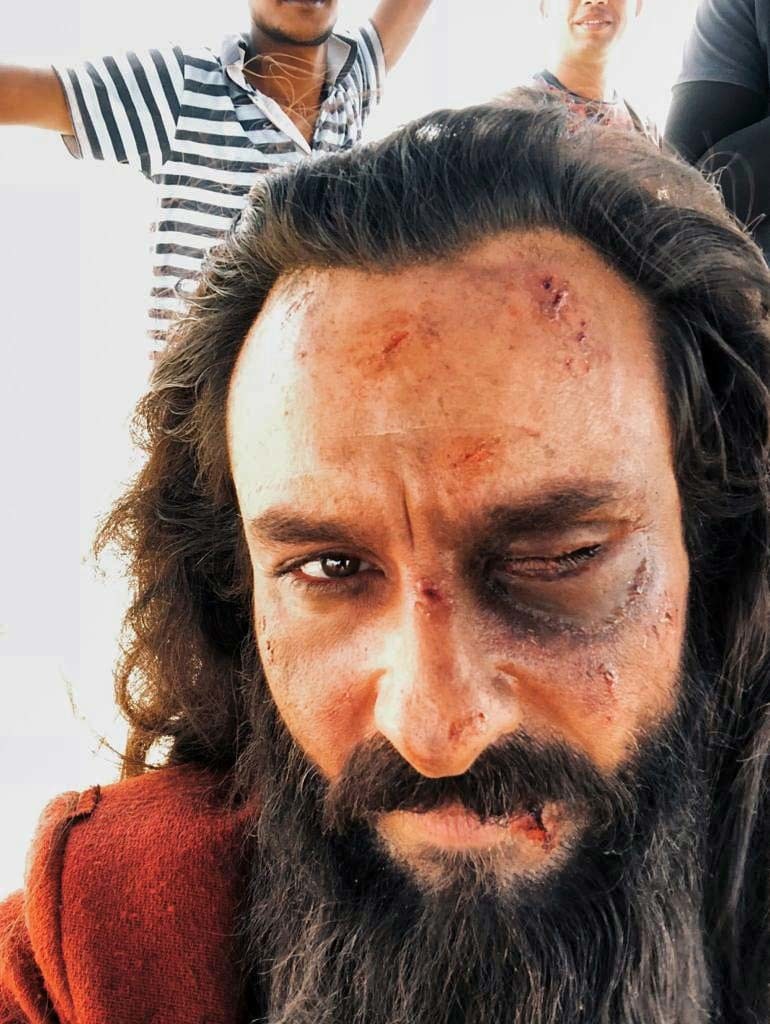 Meanwhile, Nawab Pataudi is also on a high as the trailer of his upcoming film, Laal Kaptaan has received a great response from fans. Not just the janta, Saif got a shot in his arm as Aamir Khan also tweeted about it, praising the trailer. He wrote, “Hey Guys, What an awesome trailer.”


Hey guys,
What an awesome trailer.
Check it out.https://youtu.be/dcj82CR82ng

826 people are talking about this

Well, with Saif starting a new journey with Ali Abbas Zafar, we are sure it will be nothing less than perfection. Are you excited for Taandav?

Unlike all the guys in his age bracket chasing stardom and big hits, here's Saif quietly doing his own thing.

He knows when to evolve.