Television actress Shivshakti Sachdev plays a beauty without brains in Disney channel's show "The Suite Life of Karan and Kabir" and says she enjoys the role much more than her other characters. 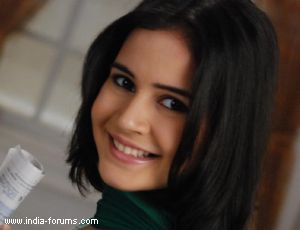 Television actress Shivshakti Sachdev plays a beauty without brains in Disney channel's show "The Suite Life of Karan and Kabir" and says she enjoys the role much more than her other characters.

"Out of all my shows, I enjoy the one on Disney the most. I play this beauty without brains and playing dumb is fun. Everyone is my age and it's amazing on the set," Shivshakti, who was seen in a negative role in Zee TV's "Afsar Bitiya", told IANS.

The actress had quit "Afsar Bitya" as she was not satisfied the way her role was shaping up in the show, which underwent many twists and turns.

Now, she will re-enter the show.

"Things were not going good. So I left it and now I am back in the show. It's the story requirement and whatever issues were there have been sorted. The show needs me, so I will come back," she said.

Shivshakti says it became "a little depressing" when her character featured in hardly one or two scenes per episode or when she would not come on screen for almost four to five episodes.

"It's not about the lead. It's about the visibility of my character. I want my fans to see me. I am doing something different. Now that I have rejoined the show, I wish this happens," she said.

Barely 19, Shivshakti has already tried her hand at three different genres in television.

She played an innocent girl called Bebo in "Sabki Laadli Bebo", a negative role in "Afsar Bitiya" and is doing comedy in "The Suite Life of Karan and Kabir".

Now her aim is to do a role similar to what Rani Mukerji in "Black".

"Bebo was tough for me because I was only 15 that time. I could not relate to the romantic scenes and would often get shocked," she said talking about her experiences in these different genres.

Because of her age, Shivshakti says she is not taken seriously for films, and added: "When I go for films, they don't believe that I am 19 and tell me that I look 15 or 16. So this is why I prefer doing television."

However, Shivshakti, who wants to grow professionally, but doesn't want to slog, says she wants to avoid reality shows.

"When you do reality shows, you have to go for rehearsals in the night. Right now I can't shoot all day and go for rehearsals after that. I feel it's too much for me. I'm only 18 and I want to spend time with friends and family. I want to do something in which I have to work less," she said.

Extremely Interesting
I will comment under tellybuzz , cocktail to increae her rank
2
REPLY QUOTE

thanks for sharing it would be nice to see Shivshakti in this role , as I love London who is doing this role on Suite life on Deck ... the american version
REPLY QUOTE