In This thread you can post all the articles and interviews releted to the show Jeet Jayenge Hum.
IF is in direct competition with Telly Chakkar & Indian Television so don't post articles from the above sites.
please dont post comments in this thread just post the Article or Interview =)
Tc
Sofia
1
REPLY QUOTE

How are new shows faring?

Last week there were many TV shows which came on air, both soaps and reality shows. We take a look at seven new shows and how good and bad they are.

The story revolves around the bangle factory which is based on a real story of UP. Here the social issue of bonded labour is highlighted and they have done their homework well in highlighting the topic. Presentation is good, as they have re-created Wai as a village in UP. RJ Sana Sheikh makes her debut in this show, but still there are many things to be learned by her as an actor.

Lesser-known Irene will do a thumka in Jeet Jayenge Hum; replaces Rakhi

In an attempt to lure viewers, Sony TV tried to rope in Rakhi Sawant to do an item-number in Jeet Jayenge Hum, based on the concept of child-labour. But now we hear that Sawant is no longer performing in the show and stepping in her shoes is lesser- known Irene Sutari, who also happens to be a choreographer by profession.

Informs a source from the show, "Yadav has kept an item number in honour of the inspector who has come to inspect the factory. Yadav offers Suman to the guest inspector but before that he wants him to enjoy the dance performance. On the other hand, Suman who comes to know about Yadav's hideous plans tries to escape and to her rescue comes Prabhakar. What Yadav doesn't know is that the item diva is actually Prabhakar's ally, who will distract Yadav thus helping the two from exiting the factory."

When asked if Rakhi Sawant was indeed approached to do an item number in the show, our source says, "Yes, she was but then the channel authorities decided to go ahead with a lesser-known face."

Naman Shaw who plays Prabhakar says, "There is a sequence where we will have an item number and I heard that Rakhi Sawant or Sambhavana Seth was supposed to do it but now they have roped in somebody else to
perform."

When contacted, Manoj, Rakhi Sawant's manager, he said, "No, we haven't been approached for any item number."

Suman forced into prostitution, but Prabhakar saves in time 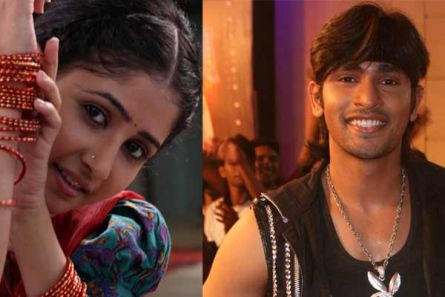 Sony's Jeet Jayenge Hum based on child labour will soon see all the four siblings escaping to Delhi along with Prabhakar (Naman Shaw). But it won't be a safe journey for Suman and Co.

Tonight's episode will see them escape from Yadav's glass factory where they all have been forcibly employed. Suman's father has been framed and jailed while her mother Damyanti will be left behind in the glass factory and will now be at the mercy of Yadav while Prabhakar will be separated from Suman and her siblings on their way.

Suman will now be left alone with her three siblings clueless. In Gautampur, a few men will notice her and force her into prostitution. She will be harassed and eventually when she decides to give in, Prabhakar will step in time to save her.

He will then take all four of them to Delhi to earn a livelihood.

Sana Sheikh who plays Suman says, "Yes, there is a track in which I will be harassed by a few people to enter the flesh trade. But luckily I won't get into it."