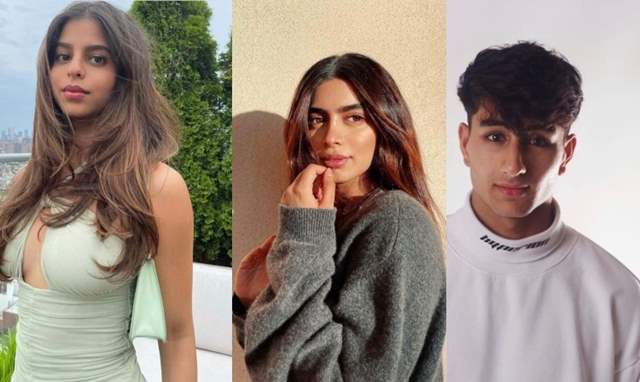 Director-producer Zoya Akhtar is planning for the biggest OTT blockbuster of 2022 which is touted to be a desi Netflix series based on the internationally acclaimed Archies comics. While Zoya is yet to meet her desi Archie, she finalized Betty and Veronica.

Bollywood star Shah Rukh Khan and designer Gauri Khan's children have always been keen on working in the industry. While older son Aryan Khan wants to work behind the screens, Suhana Khan is more into acting. And recently, it has been reported that Suhana Khan will be making her debut with none other than Zoya Akhtar.

Her first project will be an adaptation of the famous Archie comics where she will be playing the role of desi Betty. Reports claim that Zoya Akhtar is all set to launch Suhana Khan with her debut.

A source close to pinkvilla revealed that Zoya has been working on the adaptation for Netflix. “It’s a teenage story and she has been on the lookout to get multiple young actors on board to play a bunch of friends. While casting is still underway, she has found one of her central characters in Suhana. While Suhana has done a couple of short films before, Archie would mark her official foray into the world of show-biz. It’s in the initial stage at the moment, and the final paperwork will be done once Suhana and her father, Shah Rukh Khan okay the script for launch,” the source said.

Not only this, a source close to the project informed Bollywood Hungama that Boney Kapoor and Sridevi Kapoor’s younger daughter Khushi Kapoor is also being cast as one of the main characters Veronica, in the indigenous adaptation of Archies.

While other details of the Netflix series are yet to be locked in, sources confirm Suhana and Khushi in the Zoya-helmed project. Speaking to Bollywood Hungama the source claimed, “I can also reveal that there is a strong possibility of Saif Ali Khan and Amrita Singh’s son Ibrahim playing Archie in Zoya Akhtar’s series”.

Netizens are totally surprised by this as Karan Johar was also very keen to launch both Suhana and Khushi but looks like Zoya beat Karan in this race.

+ 6
3 months ago I love it and I support it....If they have talent than why not? Who are we to judge? And anyways, its zoya and not Karan....She make excellent movies, and if she thinks these kids can act than I'm looking forward to it!!

3 months ago New members of nepotism club. Now i m only going to spend my money only the acting. No more supporting these nepotism kids. Can't they do anything else besides acting? Aren't they educated? Can't they get a job bedide acting?

+ 4
3 months ago Zoya is the new nepotism brand ambassador of Bollywood. Be ready for a lot of bashing