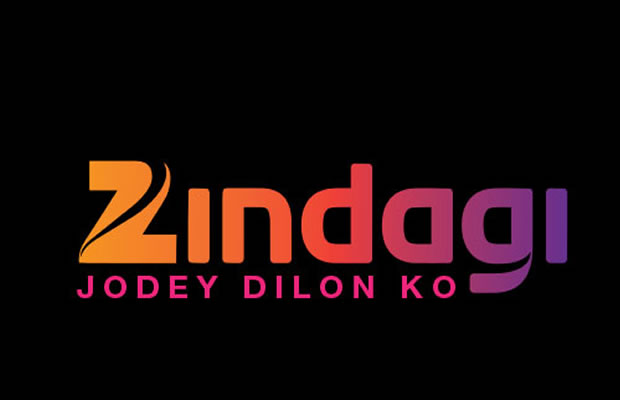 A new Hindi general entertainment channel (GEC) Zindagi- Jodey Dilon Ko, going on air June 23, will cater to a gamut of viewers with shows focusing on real and progressive stories. The USP here is that the shows are hand-produced and shot in Pakistan, Middle East, Britain and the US.

The 24-hour channel, a new offering from Zee Entertainment Enterprises Limited (ZEEL), follows the 'Vasudhaiva Kutumbukam (The world is our family)' as its philosophy, officials shared at the channel's launch here Tuesday.

Thus, it aims to bring real, friendly and premium stories of those living in Pakistan and other countries, to the fore.

For starters, the shows are focused on stories from Pakistan, and around six to seven TV shows will be beamed with some new faces from across the border.

It took almost a year for the creative members of the channel to work on its launch. The new channel will exhibit TV shows inspired by award winning novels and literary stalwarts. Some of them are Umera Ahmad, Samira Fazal, Farhad Ishtiyaq and Maha Malik.

The idea behind the content happens to be larger than the motive of entertainment.

"Beyond sharing the stories, we aim to have good and healthy relations between the two countries. Holding a social responsibility via entertainment is also important. We're familiar with Pakistani singers, but now we'll get to know about the morals, values and background of our neighboring country's people that are also essential to India," said Shailja Kejriwal, creative head (Special Project), ZEEL.

The channel's network has tied up with an organisation Aaghaz-E-Dosti, an initiative of India-based Mission Bhartiyam and Pakistan-based Group Catalyst, which focuses on Indo-Pak peace.

Ravi Nitesh, member of Mission Bhartiyam, is hopeful the channel will be a harbinger of 'dosti' between the two nations.

He said: "Our country's tradition, history, culture, lifestyle is similar to that of Pakistan. That the two countries haven't got the opportunity to know each other better is one of the main reasons why we are dissociated.

"The channel has taken a very innovative step to bridge the gap between the two countries. A lot of people in Pakistan acknowledge and admire the Indian film and TV industry and aspire to build a career here. They are fond of watching Hindi TV shows, but we never got the opportunity to experience their stories."

Unlike most TV soaps on other GECs, Zindagi will have shows with refreshing natural locations and will not carry the usual saas-bahu content. Instead, the content will cater to women who desire to look good, earn a better lifestyle and progress in life.

Innovative stories from all over are being received by the channel officials.

"We're getting stories from Pakistan. We are trying to get stories from Latin America, Turkey and Egypt also. Our target audience is those who're looking forward to real and progressive stories. The channel's tagline 'Jodey Dilon Ko (binding hearts)' is the message we are trying to send across to the viewers," said Priyanka Datta, business head, Zindagi.

The channel will be available on analog and digital platforms in India.

Amoureux 6 years ago Good initiative Zee. I hope this brings a revolution in the way the Indians shows are made too.

FaizaK 6 years ago woww that is such a great initiative taken by Zee..i m waiting for shows like Zindagi Gulzaar hai,Humsafar,Durr-e-shehwar

-ILoveSaRun- 6 years ago Great Job ZEE ! Wishing good luck to the team.. and it's a good initiative.

livelytanu 6 years ago Its great that Zee is taking such initiatives Waiting for the launch of Zee Zindagi.

fary5 6 years ago M very much excited for this new channel nd the upcoming new show!! Hv read many novels of Umera Ahmed nd Farhat Ishtiyaq...waiting for these shows

tvluvr 6 years ago waiting eagerly for the shows zindagi gulzaar hai, humsafar, dur-e-shahwar, aunn-zaara,dastaan, maat and many more to air on Zee Zindagi.thank u so much zee network bringing all these good shows to indian tv.